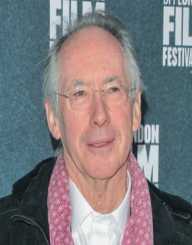 Ian Russell McEwan was born on June 21, 1948. He is an English screenwriter and novelist. He has written Gothic short stories such as ‘The Cement Garden’ and ‘The Comfort of Strangers’. He has written novels such as ‘Enduring Love,’ ‘Atonement,’ ‘Saturday,’ ‘The Children Act’ and ‘Nutshell’ among others. He is currently seventy years old.

Ian Russell McEwan was born on June 21, 1948, in England. He was born to David McEwan and Rose Lilian Violet. Ian spent most of his childhood in Germany, North Africa, and East Asia. At the age of 12, his family returned to England. They resided in different places since his father was in the Army and held the rank of major.

Ian McEwan is a fellow of various societies such as the Royal Society of Literature, Royal Society of Arts and the American Academy of Arts and Sciences. In 1999, he received the Shakespeare Prize from the Alfred Toepfer Foundation. In 2000, he received the CBE. In 2005, he was awarded the Harold and Ethel L. Stellfox Visiting Scholar and Writers Program Award in Pennsylvania.

In 1982, Ian McEwan married his first wife Penny Allen, but they divorced in 1995. Together they have two sons. In 1997, he married Annalena McAfee. They are still married to date. Ian is currently seventy years old.