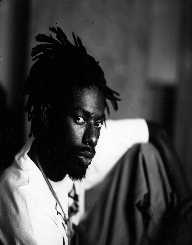 Mark Anthony Myrie was born on July 15, 1973, in Kingston, Jamaica. He has fourteen older siblings. As a child, his mother nicknamed him Buju. He also adored a musician, Burro Banton. The combination of these names inspired his stage name. He later went by the name Baju Baton when he entered the entertainment industry. He is now better known for this name than his birth name.

Buju Banton loved music ever since he was a child. He started practicing his deejaying skills when he was only a teenager. He also practiced writing and performing his music. One of his friends, who was also a DJ, introduced him to a producer. Shortly afterward, in 1987, Buju Banton released his first single: The Rule. He was only 14 at the time that the song came out. Even though he was young, he seemed ready to hit the big time. He continued to record music, and he signed a contract with Penthouse Records in 1991.

For a while, Buju Banton was scoring in the charts and selling records like crazy. His fame started to shake when he wrote one song, which implied that he liked light-skinned women. He later produced another song that made it seem like he liked dark-skinned women, but this didn’t win back many of his fans. He has also been known to use homophobic slurs.

He even signed the Reggae Compassionate Act. This act, signed by other reggae artists as well, was an agreement that said that he would not sing about homosexual people or talk about them. He later denied signing this act. In the early 1990’s, he lost much of his fame in the USA and UK.

Buju Banton gained back some of his fame in 1993 when he released an album that would soon prove to be famous: Voice of Jamaica. His next several albums, which were released in the mid-1990’s through early 2000’s were also popular. Some of these albums are listed below.

Buju Banton released his latest album Before Dawn was released in 2010. He has not written any music since, and he is not expected to for a long time.

Throughout his long music career, Buju Banton has been nominated for several music awards. He has only won one music award so far, a Grammy for the Best Reggae Album in 2010 for his album, Before the Dawn.

In 2009, Buju Banton was accused of the crime of drug abuse. He had a trail that went poorly and was named as a mistrial. He was released for some time. He was let out of police custody for one day to perform a show. He was later found with cocaine, in 2011, which commended him and his career. After this incident, he was put in prison.

Buju Bantonwas also suspected of drug trafficking selling guns, and selling cocaine. The gun charges were dropped in 2015, but his other charged remained, keeping him in prison. Some say he is not expected to release until 2018, while others say 2019, and other still guess that he will spend life in prison. It is most likely to be released around 2019, though.