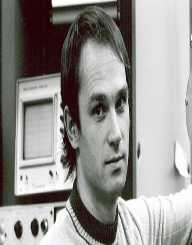 Gerd Binnig was born on July 20, 1947, in Frankfurt am Main. During his childhood, he lived partially in Frankfurt and in Offenbach am Main. He decided to become a physicist when he was ten years old. During his teens, he also went through a period of interest for music and played in a band. Binning also took up learning to play the violin and played in his school orchestra.

After finishing his primary education, Binning went to study at the J.W. Goethe University in Frankfurt and earned the Bachelor’s degree in 1973. He remained at the university for his masters and Ph.D., in the supervision of Eckhardt Hoenig.

In 1978, Binning was offered a position at IBM in their Zurich research group. He accepted the offer and worked together with Heinrich Rohrer, Christoph Gerber, and Edmund Weibel. Together with his colleagues, he developed the scanning tunneling microscope, which was an instrumental device for imaging surfaces at an atomic level. Although the physical principles of STM were already known to IBM, Binning and his team finally overcame the challenges of putting the device into effect.

For this invention, Binning and the Zurich IBM team were recognized with several prizes, like the German Physics Prize, the Hewlett Packard Prize and the King Faisal Prize. In 1986, he and Rohrer received the Nobel Prize in Physics for their discovery.

In 1985, Binning began to work in California at the IBM offices in Almaden Valley. He was also the visiting professor at Stanford University. The same year, he invented the atomic force microscope and began working on a version of this microscope for insulating surfaces.

In 1987, Binning became IBM Fellow and started the IBM Physics group Munich. In 1994, he founded the Definiens, a company that developed the Cognition Network Technology, which analyzes images just like the human eye.

Since 1969, Binning has been married to Lore Wagler. The couple has two children.