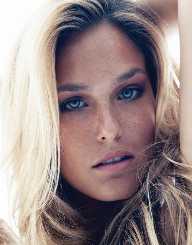 Bar Paly was born on April 29, 1985. She is an Israeli American model and actress. She began her career at the age of seventeen. She has appeared in films such as ‘The Ruins,’ ‘Non Stop,’ ‘Million Dollar Arm’ and ‘Lost Girls’ among others. She has also appeared in series such as ‘How I Met your Mother,’ ‘The Starter Wife,’ ‘Game Shop’ and ‘Parental Indiscretion’ among others.

Bar Paly was born on April 29, 1985, in Nizhny Tagil, Russia. When she was seven years old, her family moved to Israel. She was raised by her parents in Tel Aviv. She began her career in modelling at the age of seventeen.

Bar Paly was already a model when she began her career in acting. In 2003, she started her career as an actress. She established herself as an excellent actress. She appeared in the Israeli mockumentary titled ‘Zehirut Matzlema.’ She later starred in the series ‘How I Met your Mother’ and ‘The Starter Wife.’ In 2008, Bar Paly starred in the film ‘The Ruins.’ In 2013,

Bar Paly appeared in the film ‘A Glimpse Inside the Mind of Charles Swan III’ alongside Jason Schwartzman, Bill Murray, and Charlie Sheen. In the same year, she appeared in the film ‘Pain and Gain’ alongside Dwayne Johnson and Mark Wahlberg. In 2015, She got a role in the American crime drama ‘NCIS: Los Angeles.'  She has appeared in other films such as ‘Urge,’ ‘Lost Girls,’ ‘Headlock’ and ‘Non Stop’ among so many others. She has also starred in other television series such as ‘Parental Indiscretion,’ ‘Training Day’ and ‘Bosch’ among others.

Bar Paly got married to Canadian director Ian Kessner. In 2016, she became a citizen of the United States of America. She is Jewish, and she loves what she does. Her future is bright ahead of her.