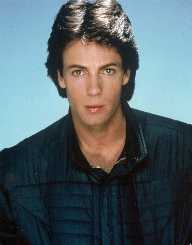 Rick Springfield was born on August 23rd, in 1949. His birthplace was in Sydney, Australia. He is a famous Australian musician, songwriter, and a singer. Aside from this recognition, he is also highly acclaimed for his acting and writing talent. His music career took off when he was still young. During this period, he engaged in some bands and played with them. Unlike other musicians, Springfield was lucky enough as his solo debut hit the headlines. This was the turning point of his career as he had to move to Los Angeles where he could hone his singing and acting talent. His early acting career involved his role in General Hospital. He got highly acclaimed with the release of an album that featured the hit single "Jesse's Girl."

His stage name Rick Springfield famously knows Richard Lewis Springthorpe. He was born on August 23rd, 1949. He is the son of Norman James Springthorpe and Eileen Louise. His father worked as an Australian army officer. While he was still young, he was brought up in an army camp located in Broadmeadows, Victoria in Australia. During his early teens, he was a fan of the Beatles, and he witnessed one of their performances at the age of 14.

While undertaking his high school education, Springfield developed a special liking for music. This motivated him to play in several bands including Jordy Boys, Zoot and Rock House. After this, he pursued his solo career and launched his first solo song "Speak to the Sky" in 1971. This was an Australian hit song which earned young Springfield immediate recognition as an upcoming talent.

Just like other musicians, Springfield early success prompted him to strive for his American dream. He moved to America and signed a singing contract with Capitol Records. A year later, his first album, Beginnings was released. His first album featured some of the songs that he had previously worked on while still in Australia. The album performed well on the charts. However, Springfield was surprised at the reception he gained from fans. In 1973, he signed another contract with Columbia Records and did his recording for his second album called Comic Book Heroes. Unfortunately, this album performed dismally as compared to the first.

In 1977, Rick Springfield ventured into acting with his role in The Six Million Dollar Man- 1977. During the 70s, he also featured in Wonder Woman, The Rockford Files, and The Incredible Hulk. The 80s period was also a successful one for Springfield following his role in the soap opera General Hospital -1981. This gave a huge boost to his career as he became a nationwide star. He relied on his acting fame to release his album Working Class Dogs with RCA Records. Springfield and his agent did not expect that the album would perform well. To their surprise, the singles "Jessie's Girl" and "I've Done Everything For You" became major hits. "Jessie's Girl" broke records and gave Springfield a new recognition as a phenomenal singer. In fact, he was bestowed with a Grammy Award for the hit song. Several other albums that performed well-followed suit including Success Hasn't Spoiled Me Yet – 1982 and Living in Oz – 1983.

Part of Springfield later career involves his writing of his autobiography named Late, Late at Night. This was published in 2010. Magnificent Vibration is also his writing based on the fiction that he has done. It got its publication in 2014. These books were well received as they were ranked among bestseller list by New York Times.

Owing to Rick Springfield’s contribution in the world of music for decades and maintaining his popularity for ages, he was credited with a spot at the Hollywood Walk of Fame. This occurred in May 2014.

In late 1984, Rick Springfield wedded Barbara Porter. Together, the two are parents to Liam and Joshua.