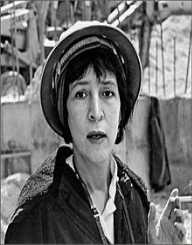 Helen Levitt is an American photographer known for her “street style” photography which she took in the streets of New York City. She was also noted as one of the least known yet one of the most celebrated photographers of her time. Levitt lived alone most of her life and did not have any relationships. She died peacefully in her sleep at the age of 95 in her home in New York on March 29, 2009.

The Origins of an Introverted Girl

Born on August 31, 1913, in Brooklyn. New York, she was the daughter of a Russian-Jewish immigrant and a mother who worked as a bookkeeper prior to her marriage. Levitt was born with Meniere’s syndrome, an inner-ear condition that disrupted her balance and made her feel wobbly.

In 1931, she started working for a commercial photographer named J. Florian Mitchell after dropping out of high school. Together, they photographed the streets of the Bronx and Levitt learned how to develop films in the darkroom. At the time, she was greatly interested in the arts but felt that her abilities to draw were not enough for it to be considered as art. Luckily, she got exposed to the works of Henri-Cartier Bresson. Bresson became one of the biggest influence on her career and also one of the reasons she pursued photography. At the time, she saw Bresson’s works displayed at the Julien Levy Gallery and for the first time viewed photography as a form of art.

She signed up as a member of the Workers Film and Photo League where she studied the works of fellow members and at the same time studied composition by visiting museums. She started practicing her photography skills by capturing photos of her mother’s friends using a Voigtländer camera. By the mid-1930s, she took up teaching classes for local children where she also developed an interest in the children’s chalk drawings on the streets. Putting into practice what she learned, she bought the same camera as Bresson, a Leica camera, and started photographing the works and activities of these children on the streets. Her work during this time was published in 1987 and entitled In The Street: Chalk Drawings and Messages, New York City.

Discovering new techniques, she started cultivating her own style and continued photographing the streets of New York City, particularly along East Harlem and the Lower East Side in Manhattan. Between 1930 and 1940, air-conditioning was not provided adequately for all homes and establishments which led to the people flocking the streets as opposed to being inside. This development granted Levitt more subjects to photograph and the resulting images were published in Fortune magazine’s July issue in 1939.

It was also during the late 1930s where she met James Agee and Walker Evans. She collaborated with Evans from 1938 to 1939, photographing everyday life at the subways. She was also introduced to Janice Loeb who she worked with on documentary films. Loeb, in turn, introduced her to Luis Buñuel. Levitt worked alongside Buñuel as an editor for her first film job.

In 1946, she received her first grant at the Museum of Modern Art. Following this, she received another grant from the Guggenheim Foundation for 2 consecutive years in 1959 and 1960 in regards to being the pioneer to color photography. Five years later, she released her first collection entitled A Way of Seeing in 1965. Today, some of her works are displayed at various locations such as the National Gallery of Art in Washington, the Philadelphia Museum of Art, The Museum of Modern Art in New York City, the Art Institute of Chicago, and the Los Angeles County Museum of Art to name a few.