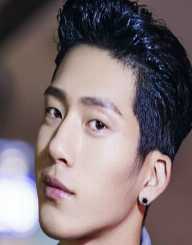 Jing’s career began in 2007 when he entered and won the My Hero contest. He went on to form a group called BoBo, which included Fu Xinbo, a fellow performer in the same contest. They released their first EP, Glory, in late 2007.

Boran Jing made a cameo appearance in the 2008 movie, The Equation of Love and Death, but didn’t make his proper film debut until 2010 when he appeared in Hot Summer Days.

In 2011, Boran Jing signed a record deal with Seed Music. His first solo album went to the top of the charts in both China and Taiwan.

He then decided to concentrate on his acting career and has acted in many movies to date. He has become more well-known with each movie. His popularity grew with the release of the hit movie Monster Hunt, and in 2016, even more so, with Time Raiders going to the top of the box office charts. Jing has continued from strength to strength.

Boran Jing has acted in 17 movies, has been in five television series, and has appeared in three variety shows. From a musical point of view, he has released two albums and has had ten singles.

Boran Jing was appointed Youth Ambassador for the Youth Creativity Entrepreneur Awards in 2015, which was established by the United Nations Human Settlements Program.

Boran Jing announced in March 2016 that he was in a relationship with the actress, Ni Ni.