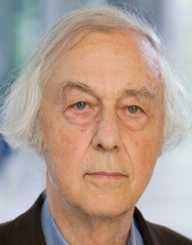 Robert Huber is a renowned biochemist and scientist from Germany. Robert Huber is best known for his contribution in the formulation of the `three-dimensional structure of a photosynthesis reaction center.’ Due to this research, Robert won the Nobel Prize in Chemistry together with Johann Deisenhofer in 1988. He was intrigued by chemistry from his early days and pursued studies on the subject.

After attaining his doctorate, Robert Huber joined Max Planck Institute for Biochemistry, whereby he began his extensive research. In association with Michel and Deisenhofer, and came up with the award-winning research. Robert also worked at Munich technical university as a professor during his time at the institute. Robert is currently working at the university as Emeritus of excellence. Also, he is internationally recognized as an expert in X-ray diffraction.

Robert Huber was born on 20th February 1937, in Munich. His parents are Sebastian Huber and Helene Huber, and Sebastian worked as a bank cashier. Huber went to Humanistisches Karls-Gymnasium for his early education. While there, Huber was enthralled by chemistry and read all the books on the subject that he could access. Hubber then joined the Technische Hochschule where he graduated with a diploma in 1960.

After the diploma, Robert Huber began extensive research work. Huber worked on the use of crystallography to clarify the composition of organic compounds. As a result, Huber was paid by the `Bayerisches Ministerium Fur Erziehung und Kultur’ and the `Studienstiftung des Deutschen Volkes.’ This solved Huber's  financial strains at the time. Robert Huber then joined the Munich Technical University, whereby he studied Crystallography under the tutelage of W. Hoppe. When completing the course, Huber's thesis was entitled the` crystal structure of a diazo compound. Huber then graduated with a doctorate in 1963.

Robert Huber then performed a couple of Structure determinations about the systematic progress of Patterson search methods, with the help of Braunitizer and Hoppe. Hubber then started the Crystallographic that involved protein erythrocruorin, found in insects, in 1967. In 1970, Robert Huber began research on the primary pancreatic inhibitor called trypsin. Later, Huber's  work was adopted as the model structure for the development of the NMR protein and in molecular dynamics. More so, it is used in experimental folding studies in various laboratories.

The following year, Robert Huber was appointed as the Chairperson of Structural biology and director of structure research department at the University of Basel and Max-Planck Institute for biochemistry respectively. At the same time, he often associated with the Munich technical university and began working as their adjunct professor in 1976. At the time, Huber also conducted extensive studies and research on immunoglobulins and their fragments  Robert later narrowed the investigation to proteins interaction with immunoglobulins.

During the start of the 1980’s Huber mainly studied proteins involved in various areas, i.e., electrotransfer, light harvesting, blin-binding and in excitation energy. During this study, Huber found out that some proteins exhibited large-scale flexibility. It took some time for this review to be accepted and incorporated by the scientific community.

In 1985, Robert Huber discovered the `three-dimensional structure of the photosynthesis reaction centers,’ in association with Hartmut Michel and Johann Deisenhofer. This was a significant discovery and had helped in better understanding of photosynthetic light reaction. It also shed light on the way proteins function.

From 2005, Huber has been working as the Director Emeritus. Besides, he leads a research group at the Max Planck Institute of biochemistry, which deals with Structure research. Huber also became Emeritus of Excellence in 2013, serving at the Munich Technical University, and holds the position to date.

Robert Huber formulated the `three-dimensional structure of a photosynthesis reaction center’ in association with Hartmut Michel and Johan Deisehofer. Robert Huber found out the atomic structure of various complex molecules, i.e., proteins, by determining the way the crystal atom behave when exposed to a beam of x-rays. Huber used this technique to formulate the photosynthesis reaction structure.

He became a member of Pour le Merite for arts and sciences in 1993. He became part of the Royal Society in 1999, as a foreign member.

Robert Huber was the recipient of Otto Warburg Medal in 1977.

He won the Nobel Prize in chemistry in 1988, together with Hartmurt Michel and Johann Deisenhofer.

He was the recipient of the Sir Hans Krebs Medal in 1992.

Robert Huber married a lady named Christa Essig in 1960. They had four children together, two sons and daughters. However, they later separated, and he got married to Brigitte Doleshel.