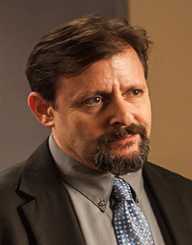 American actor Judd  Nelson, admired and loved by the audience in spite of his anti-hero and bad guy image which developed as he mostly played negative characters in films and television, was born on November 28, 1959, in Portland, Maine, United States of America. The only son of the three children of Leonard Nelson, a corporate lawyer and Merle Nelson, a court mediator and former member of the Maine State Legislature, Nelson has two sisters, Eve and Julie. Nelson’s family was of Jewish faith and his father presided over the Portland Symphony Orchestra as its first Jewish President. Nelson studied at St. Paul’s School in Concord, New Hampshire initially and was later shifted to Waynflete School in Portland, Maine.

Judd  Nelson was good in academics. After completing his high school graduation, he got enrolled at the Haverford College In Pennsylvania to obtain a degree in Philosophy. At that time, he had no plans of pursuing acting as a career. However, things changed after he accompanied a friend who was auditioning for an acting prospect. Nelson was swayed away by the acting bug after this incident. With a strong desire to make a name in acting, he left his college after studying there for two years. Nelson relocated to New York City soon thereafter to pursue a course in acting at the Stella Adler Conservatory.

Judd  Nelson started his acting career in 1984 when he made his film debut in a movie titled ‘Making the Grade’. Nelson played the character of Eddie Keaton in this film. His next movie ‘Fandango’ (1985) didn’t make much headway in his nascent acting career. However, it was his role of a teenager who was a part of a group of five teenagers serving in-school internment during a weekend in the John Hughes’s movie ‘The Breakfast Club’ which stole the limelight. His magnificent depiction of a resilient teenager in the film immediately catapulted him to stardom. In the same year, Nelson acted in Joel Schumacher’s ‘St. Elmo’s Fire', a post-college drama, reuniting with two of his Breakfast Club co-actors who played the role of two of the other teenagers in the earlier film. In St. Elmo’s Fire, Judd  Nelson enacted the role of a political aide who swapped his ideology for a higher remuneration.

While acting in these two most successful films of his career, Judd  Nelson became one of the core members of a young, rash and impulsive group of actors and actresses who often indulged in heavy partying. This group was labeled as the ‘Brat Pack’ and comprised of the likes of Molly Ringwald, Andrew McCarthy, Ally Sheedy, Emilio Estevez, Demi Moore, Rob Lowe and Anthony Michael Hall. Among these actors and actresses, Ally Sheedy and Emilio Estevez are part of both Breakfast Club and St. Elmo’s Fire cast. Anthony Michael Hall and Molly Ringwald were with Nelson as his co-actor in ‘The Breakfast Club’ only.

After the enormous success of these two films during the mid-1980s, Judd  Nelson engaged himself in a variety of works. He lent his voice for a character called Rodimus Prime in ‘The Transformers: The Movie’. He acted in a movie titled ‘Blue City’ along with Ally Sheedy for the third time. Nelson switched over as a narrator in Bill Couturie's ‘Dear America: Letters Home from Vietnam’, a war documentary which received rave reviews from the critics. He also featured in the ABC Afterschool Special ‘Shattered If Your Kid's On Drugs’ opposite Burt Reynolds. His performance in Bob Clark courtroom comedy ‘From the Hip’ and in ‘Billionaire Boys Club’, again a courtroom thriller based on real incidents, was far too impressive. Nelson was nominated for a Golden Globe Award for ‘Billionaire Boys Club’ for his performance as ‘Best Actor in a Mini-Series’. His other prominent works during the late 1980s include ‘The Seagull’ (1988), ‘Relentless’ (1989), ‘Never on Tuesday’ (1989), ‘Far Out Man’ (1989) etc. Among his television appearances, his portrayal of a police officer in the American comedy-drama ‘Moonlighting’ (1986), episode: "Camille" aired by ABC is worth mentioning.

After the high of the 1980s, Judd  Nelson experienced some big disappointments particularly in terms of box office success during the early 1990s. Apart from his urban gangster film ‘New Jack City’ (1991) directed by Mario Van Peebles, all his other films made during this period including the likes of ‘Hiroshima: Out of the Ashes’ (1990), ‘The Dark Backward’ (1991), ‘Primary Motive’ (1992), ‘Entangled’ (1993), ‘Airheads’ (1994), ‘Flinch’ (1994), and ‘Blindfold: Acts of Obsession’ (1994) were unable to replicate the commercial success his earlier films had achieved so far. Diversifying his role, he displayed his creative capability by serving as writer, producer, and actor in the thriller ‘Every Breath’ co-starring with Joanna Pacula. In 1996, Nelson got his first opportunity to be a part of the cast of a situational comedy when Nelson received a starring role on the NBC television sitcom ‘Suddenly Susan’. With Brooke Shields portraying the role of Susan, the series became a major hit which accounted for its four-year-long successful run.

His recent works include a recurring role on the hit musical drama ‘Empire’ in 2015 and a voice-over job in the animated series ‘Ben 10: Omniverse’.

Unconfirmed reports suggest that Judd  Nelson was allegedly having an affair with his ‘Blindfold: Acts of Obsession’ co-star Shannen Doherty with whom he was engaged in the interim. He presently lives in Los Angeles, California.