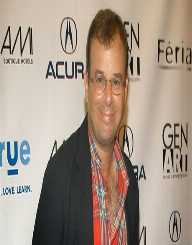 Rick Moranis is a Canadian actor who is best known for his performances in Spaceballs, Ghostbusters, and Honey I Blew Up the Kid.

Rick Moranis was born on 18 April 1953 in Toronto, Canada. Moranis was born into a middle-class Jewish family. He went to school at Sir Sandford Fleming Secondary School. Moranis worked as a D.J under the name Rick Allan on some Toronto radio stations. He did some performances with writer Ken Finkleman in 1977. The pair did some television and radio sketches. They also created two pilots for sketch shows, Midweek and 1980.

Moranis made his television breakthrough when he joined the cast of Canadian sketch show Second City Television. The show was just starting to take off and became syndicated in America shortly after Moranis joined. He made a hit sketch, Great White North, with friend and comedian Dave Thomas. The sketch was a huge hit and became a feature of the show and led to the release of a Grammy-nominated comedy album. In 1983, Moranis and Thomas released Strange Brew, a film starring their Great White North characters, Doug and Bob McKenzie. The success of the characters led to Moranis getting some roles south of the border in America. Moranis landed a major role in the 1984 hit Ghostbusters. Moranis then played the lead role in the musical Little Shop of Horrors.

Moranis plays a flower shop worker who owns a carnivorous plant. Little Shop of Horrors was released in 1986 and although it performed moderately well at the box office became a huge success on home video. It was also nominated for two Academy Awards. The next year Moranis appeared in the cult comedy classic Spaceballs. The film is mostly a parody of the Star Wars series but also lampoons Star Trek and Planet of the Apes. Moranis plays Lord Dark Helmet a parody of Darth Vader. Like Little Shop of Horrors, Spaceballs was a moderate box office success but a winner in the home video market.

Moranis played Wayne Szalinski for the first time in 1989 in the film Honey; I Shrunk the Kids. Moranis’ character Szalinski is a scientist who invents a shrink ray that accidentally shrinks his kids. He reprised the role twice more in 1992’sHoney, I Blew up the Kid, and in 1997’sHoney, We Shrunk Ourselves. Moranis’ other notable roles were Barney Rubble in the 1994 live-action film version of The Flintstones. He also played Danny O’Shea in the great 1994 football comedy, Little Giants. Moranis’ last major role was in the Disney animated film Brother Bear, and it's sequel Brother Bear 2 which were released in 2003 and 2005 respectively.

Moranis married Anne Belsky in 1986, and together they had two children. Belsky died of breast cancer in 1991 and Moranis reduced the number of roles he took as he looked to spend more time looking after his children.