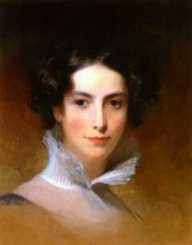 Caroline Norton was a social reformer, literary figure, author novelist, and poet during the Victorian era. To date, Caroline is still recognized as a significant figure for change whereby she challenged the patriarchal society at the time and widely advocated for fundamental legal rights for married women. Caroline Norton was relentless and determined in advocating for women rights. After suffering in her marriage, she started campaigns that aimed spread awareness against unjust laws of marriage.

As a result of her political efforts, Caroline Norton led to the establishment of various constitutional reforms. Later on, she turned to writing as a means of comfort but soon became a professional writer and author. Caroline wrote in multiple fields, i.e., poems, fiction, literary criticism, and novels.

Caroline Elizabeth Sarah Norton was born on 22nd March 1808 in London. Caroline's parents were Thomas Sheridan and Caroline Henrietta Callander. Thomas worked as an actor, colonial administrator, and a soldier during his lifetime while Henrietta was an author.

The family consisted of two other siblings to Caroline. In 1817, Caroline’s father passed away while he was working in South Africa. He was the sole breadwinner at the time, and his death left the family penniless. `Prince Fredrick, Duke of York and Albany’ came to their aid and helped them acquire and settle in an apartment at Hampton court palace where they lived for many years.

At the time, Caroline Norton was brilliant, talented and witty despite her age. She joined a boarding school located in Shalford, Surrey in 1823. In 1824, Caroline met a shiftless barrister named George chappal Norton. George was a brother of Lord Grantley and was much fascinated by Caroline’s beauty. He then proposed to her, but his marriage offer was turned down.

In 1825,  Caroline Norton and her two sisters met the elite of the London society. Caroline was lovely at the time, but it was her intellectual capacity that caught the eye of many. When she turned 19, Norton proposed to her yet again. At the time, he was working as a Member of Parliament. Caroline was not keen on marrying him, but her mother put her under immense pressure. Hence she eventually accepted.

Caroline Norton's marriage took place on 30th July 1827 at St. George’s Hanover Square in London. Evidently, the wedding was a significant mismatch. George was a violent and aggressive man, while Caroline was calm and of an independent spirit. George was often passionate, possessive, jealous, and could not hesitate to get into violent fits.

As time moved by, Norton became unsuccessful in his career. He became more violent and angry, and Caroline Norton was a constant victim of this. Regardless, she did not give up on him just yet. As a result of her charm and witty nature, she soon befriended many vital people and gained vast political connections. Caroline thus helped her husband advance in his career as a result of the links.

Due to her troublesome marriage, Caroline Norton began writing as a means of comfort, and her writing work quickly resulted in financial independence. Caroline then wrote and published her first book named `The sorrows of Rosalie: A tale with other poems.’ In the book, she wrote a long poem that described a story of as a seduced woman who came to ruin. The book received positive responses. She became motivated by the success of the book and decided to become a full-time professional writer.  Caroline then came up with a book entitled `The undying love,’ and published in1930.

The book was about received great responses and praise just like the previous one. During the same year, Norton, the husband was unsuccessful in the elections and was not re-elected as the Member of Parliament. The following year, Caroline used her political connections yet again and helped Norton get appointed as Metropolitan police Magistrate.

Caroline Norton also got a job during the same year as the editor of both `Court Magazine’ and `La Belle Assemblee.’ In 1834, she worked with English annual as their editor as well.

Caroline and Norton had three sons together, namely Brinsley, William, and Norton. She was expectant for a fourth in 1835, but as a result of her husband’s battery, Caroline suffered a miscarriage.

Caroline Norton could not bear it anymore and fled, then took legal means to attain a divorce and guardianship of her children. As a counter defensive mechanism, her husband accused her of adultery with Lord Melbourne, with whom she had political connections. However, his claims were rejected after a court trial.

While seeking the divorce, Caroline realized that a married woman was hugely disregarded by the English law. By law, she was forced to live under Norton’s protections and was not allowed any legal rights to her children. More so, all her earnings legally belonged to him. As a result, he hindered Caroline from attaining the divorce and seeing her sons, but she was able to achieve the separation later on.

Caroline Norton then concentrated and advanced her writing career and became a high literary figure. She significantly contributed to various fields, i.e., plays, poems, literary criticisms, and prose.Caroline then began a campaign to eradicate unjust marriage and change the custody and divorce laws. She frequently contacted influential newspapers and wrote many Polemical pamphlets, in which she made her message of reformation on custody law clear.

As a result of Caroline Norton's relentless campaign, a bill that allowed mothers to fight for custody of their children was passed in both houses and became law in August 1839. However, she could not benefit from it as her children were in Scotland. Caroline then began campaigning for changes incorrectly and divorce laws, which paid off leading to the formulation of a new marriage and divorce actin 1857.

After the political activities, Caroline Norton concentrated more on her literary works. She later suffered from health complications and death of one of her sons, Fletcher. Her husband Norton also passed away in 1875, and Caroline became legally free to remarry. As a result, she got married to Sir William Stirling Maxwell in 1877, who became a caring husband.

Caroline Norton died on 15th June 1877 at her home in London. Her burial took place in the Stirling Maxwell Vault located at Lecropt church in Keir.