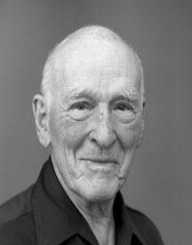 Richard E. Smalley was born on June 6, 1943, in Ohio, USA. His parents were Esther (Rhoads) and Drank Smalley Jr. He also had three older siblings: Clayton, Linda, and Mary. When Richard was young, his family moved from Ohio to Kansas. He would go on to spend most of his young life in Kansas.

As a child, Richard E. Smalley was interested in biology, as well as other school subjects that would typically be too advanced for a child. He was able to understand some of these complex subjects because his parents helped to nurture his love of learning and taught them everything they could, as both of his parents were relatively well-educated themselves.

As a teenager, Richard E. Smalley attended  Southwest High School. While here, he took his first chemistry class. This simple high school class made Smalley extremely interested in the subject. While in high school, he even got a chance to work in a laboratory as a summer job.

As a young adult, Richard E. Smalley enrolled at Hope College. He studied here for two years before he transferred t the University of Michigan. He later graduated from the latter college with a bachelor’s degree in 1965.

After earning his first degree, he spent several years working in laboratories. It wasn’t until 1969 that he returned to school to earn his doctorate. This time, he studied at Princeton University. He eventually graduated from this school with a Ph.D. in 1973.

Shortly before earning his Ph.D., Richard E. Smalley began working at the University of Chicago. While there, he focused on research. In the short time he worked here, he was able to help create a supersonic beam laser spectroscopy along with other scientists at the university: Donald Levy and Lennard Wharton

Richard E. Smalley began working at Rice University in 1976. Here, he worked as an assistant professor. While there, he was also able to keep up with his research. Also while here, he helped to found the Rice Quantum Institute at the school in 1979.

The 1980’s were a highly productive time for Smalley. During this decade, he was promoted to a higher teaching position with Rice University. Even though he had more teaching responsibilities, he continued to work on his research at the same time. Much of his research involved using lasers. Some of his uses of lasers allowed him to see very small particles under microscopes. Finding out how to do this would make waves in the scientific community.

Once scientist who was interested in what Richard E. Smalley was going was Professor Curl. These two scientists soon began working together. Later on, another scientist, Professor H. Kroto, also began working with the pair. Together, along with many other graduate students and associates, the group began using laser pulses against various materials to find the carbon chains that made up each item.

Finding the carbon chains helped them to make further discoveries about carbon molecules. Some of the things they discovered were the lengths of molecules, how long certain chains were, and how molecules were arranged in the carbon chains.

In 1986, Richard E. Smalley was made the chairman of the Rice Quantum Institute that he had helped to found in years previous. He held this position until 1996.

In 1990, he was promoted to the status of full-professor within Rice University. Here, he worked in both the physics and chemistry departments. In 1996, he finished forming the Center for Nanoscale Science and Technology. He had been working on this project since the early 1990’s. Once the Center was complete, he was made the director of it. He stayed here until 2001.

In 2001, he was made the director of another laboratory at Rice: The Carbon Nanotechnology Laboratory. He worked here until 2005.

All of Smalley’s awards are due to his advancements in the field of science. Some of his most prestigious awards are listed below.

Richard E. Smalley was a member of the following groups: American Physical Society and the American Association for the Advancement of Science.

About six years before his death, Richard E. Smalley was diagnosed with cancer. He would later die from leukemia on October 28, 2005, in Houston, Texas, USA. He was 62 years old when he passed away.