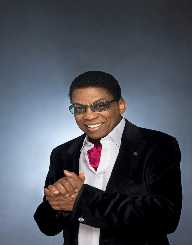 Jazz musician Herbie Hancock was born on the 12 April 1940 in Chicago, Illinois. He showed musical talent at a young age and was a young child when his musical education began.

As a young man, Herbie Hancock was playing with the Chicago Symphony Orchestra, and it was at high school that he developed an appreciation of jazz. After graduating from college, he relocated to New York City where he played in  Donald Byrd’s band.  Blue Label offered him a contract, and his debut album was entitled Takin’ Off. Takin’ Off included the song Watermelon which was covered by Mongo Santamaria.  Other compositions he wrote at the time include Maiden Voyage, Speak Like a Child and Goodbye to Childhood. He also wrote the soundtrack for the film Blow Up which led to further work in the film industry.

After playing in Miles Davis’s band from 1963 through to 1968, Hancock Recorded Fat Albert Rotunda. He continued experimenting and composing producing cutting-edge music in a sextet that he founded (1969-1970). Hancock has continued composing cutting edge, avant-garde music including albums and film scores.

Herbie Hancock has won over a dozen Grammy Awards.