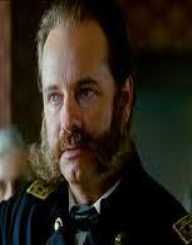 Ambrose Everett Burnside was an American politician, Union general and inventor. Born on May 23, 1824, he is the originator of the fashionable facial hairstyle known as sideburns in the United States. Burnside was a Union Army general during the American civil war and led several successful campaigns in Tennessee and North Carolina. He also led his army to the embarrassing defeat at the Battle of the Crater and the Battle of Fredericksburg. Sideburn also served as a governor and as a United States Senator.

Ambrose Burnside was born on May 23, 1824, in Liberty, Indiana as the fourth child of nine. His parents Pamela and Edghill Brown Burnside were of Scottish descent. He received education from Liberty Seminary but had to quit after the death of his mother in 1841. He later served as an apprentice to a local tailor. In 1843, he gained enrolment to the United States Military Academy at West Point with the help of his father. Burnside found it very difficult to adjust to his new environment in the regiment and faced expulsion several times. He, however, sailed through graduating in in 1847.

After graduating from the academy, Ambrose Burnside joined the 2nd Artillery as a brevet second lieutenant. He served in the Mexican-American War by performing garrison duties in Mexico City. He later served in the 3rd U.S. Artillery under Captain Braxton Bragg. Burnside earned an appointment as commander of the Rhode state militia as a major general after resigning his commission in the United States Army in October 1853. He served in the militia for two years. After his resignation from the United States Army, Burnside established the breech-loading rifle company, Bristol Rifle Works but the company failed.

During the American Civil War, Ambrose Burnside served as a colonel in the Rhode Island Militia and became the colonel of the 1st Rhode Island Volunteer Infantry Regiment on May 2, 1861. He rose to brigade commander in the Department of northeast Virginia leading them to the First Battle of Bull Run. He excelled in that position, hence, his promotion to brigadier-general of volunteers, and he took command of the North Carolina Expeditionary Force, comprising of three brigades. He led the successful campaign in the Battle of Elizabeth City, Roanoke and New Bern.

After this successful campaign, Burnside gained promotion in rank to major general of volunteers on March 18, 1862. In July that year, his army was moved to Newport News, Virginia to become the IX Corps of the Army of the Potomac.

During the battle Antietam, Ambrose Burnside commanded more troops under Union general McClellan, but after his performance, he was moved to command the Army of Potomac on November 7, 1862. Burnside commanded the army in the Battle of Fredericksburg where the Union army suffered a great defeat as Burnside's plan for the battle failed badly. After the loss, Burnside decided to retire from the US Army, but the resignation was not accepted. He was however replaced by Genera; Joseph Hooker January 26, 1863.

Ambrose Burnside was transferred to command the Department of the Ohio, where he helped to defeat General John Hunt Morgan’s Ohio raid in July 1863. He then advanced to take over Knoxville, Tennessee and helped to break the siege by the Confederate troops under General James Longstreet at the Battle of Fort Sanders. His advances in Cumberland also led to the surrender of Confederates General John W. Frazer and his 2300 troops. In 1864, he led the IX Corps back in Eastern Theatre for the Overland Campaign. He fought in the battle of Wilderness, and after a failure in Petersburg where several troops were trapped in a Crater and came under the assault of the Confederates leading to high casualties, he resigned from the army.

Ambrose Burnside was a Democrat. In 1858, he unsuccessfully contested for a Congressional seat in Rhode Island. After the failed attempt he was employed a treasurer of the Illinois Central Railroad. Burnside was elected Governor of Rhode Island in 1866 serving three-term until May 25, 1869. He switched from the Democrats to become a Republican.In1874, he was elected as US Senator from Rhode Island. He was re-elected in 1880 but died before his second term ended.

Ambrose Burnside married Mary Richmond Bishop on April 27, 1852. The couple had no children. Mary died in 1876. He died on September 13, 1881, at age 57 of neuralgia of the heart. He was buried in Swan Point Cemetery, Providence, Rhode Island.