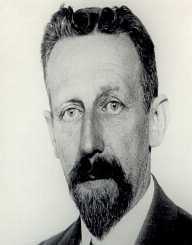 Schack August Steenberg Krogh was an astute Danish Professor and author who made an enormous contribution to the field of physiology. Born on November 15, 1874, he developed the Krogh Principle and made other groundbreaking discoveries within his field of profession. From 1916 to 1945, he was a professor at the University of Copenhagen’s Zoology department.

August Krogh research led to the discovery ofthe procedure through which the blood capillaries are regulated in the skeletal muscle. This discovery won him the Nobel Prize in Physiology or Medicine in 1920. That aside, he was the pioneer to methodicallydescribe the transport of blood to through the opening and closing of the arterioles andcapillaries in the muscles and other organs according to their demands. Outside of medicine, he was one of the founders of today’s Novo Nordisk.

August Krogh was born on November 15, 1874, in Grenaa on the Island of Jutland, Denmark to Viggo Krogh and Marie nee Drachmann. His father was a shipbuilder. He had his education at the Gymnasium Aarhus in Jutland. As a young chap, Krogh showed interest in natural sciences and did lots of experiment in that field. His teacher and friend William Sorensen seeing his potentials then advised him to study physiology at the tertiary level.

He enrolled at the University of Copenhagen where he began to study medicine, however, diverted to zoology. While there, August Krogh worked under Professor Christian Bohr in the Laboratory of Medical Physiology in 1897 and later became his assistant. In 1899, he graduated with an MSc and later did gain his Ph.D. in 1903. Krogh’s dissertation was on was on the respiration frogs through the skin and lungs. In his findings, he noted respiration of frogs through the skin was almost constant. Nonetheless, it was not same when it comes to their lung respiration.

August Krogh did a lot of experiments throughout his career. In 1908, the University of Copenhagen created a department of zoology for him and became an Associate Professor. In 1916, he became promoted to a professor and was in charge of the zoophysiology, a position he held until his retirement in 1945. Some of his early research were the study of carbon dioxide and oxygen tensions in the sea, spring, and streams during an expedition to Disko, North Greenland in 1902. This brought about the principles of tonometric measurement of dissolved gases and also the influence of oceans on the regulation of carbon dioxide in the atmosphere.

August Krogh also researched into the hydrostatic mechanism of the Corethra larva which was published in 1911. Through the research, he was able to conclude through microscopic analysis of gas contained in the air bladders of larvae that, the bladders worked like the diving tank of the submarine. In 1914, August Krogh collaborated with Bohr and K.A Hasselbalch to investigated and further demonstrated the influence of carbon dioxide tension on the oxygen dissociation curve of the blood.

August Krogh devised the technique used to achieve the results, and the conclusion has since become of importance in the modern understanding of how respiratory gases in the blood are chemically combined. As a pioneer in comparative physiology, he studied into water and electrolyte homeostasis aquatic animals.

He published the book Osmotic Regulations in 1939 and followed it with Comparative Physiology of Respiratory Mechanism in 1941. During his researches, August Krogh constructed instruments like the spirometer and also a basal metabolic rate measuring device. Krogh made over 200 research article contributions in the international journal.

In 1905, August Krogh married Birte Marie Jorgenson, who became one of the prominent scientists and doctor of her time. The couple collaborated in most of the research initiated by Krogh. They were blessed with four children. Krogh died on September 13, 1949, in Copenhagen.

August Krogh won the Seegen Prize of the Australian Academy of Sciences in 1906. In 1920, he won the Nobel Prize in Physiology or Medicine. He was named after two items namely, Krogh Length and the Krogh principle.