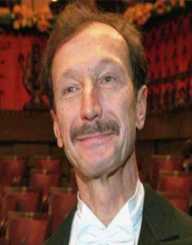 Rolf M. Zinkernagel is an Immunologist and the 1996 winner of the prestigious Nobel Prize in Physiology or Medicine. He shared the prize with Peter Doherty. They both led research that led to their discovery of the exact mediated immune defense of cells. He has also received many other awards during his career.

Rolf M. Zinkernagel was born on January 6th, 1944. His place of birth was in Riehen in Switzerland. His father worked in Basel at a large pharmaceutical company. His mother, on the other hand, was a laboratory technician. He had two siblings Anne Marie and Peter. Peter is his older brother who grew up to be an architect. Anne is a laboratory technician just like their mother.

Rolf M. Zinkernagel began his early education at Richen's public schools. He later joined Mathematisch-Naturwissenschaftliches Gymnasium situated in Basel. Subsequently, he studied medicine at the University of Basel. During his studies at Basel, he also served at the mandatory military service. By 1968 he graduated from his medical studies. In 1969, he continued his studies in Basel’s Institute of Anatomy. By 1970 he had his M.D., and by 1979 he graduated from the Australian National University with his Ph.D.

In 1970, Rolf M. Zinkernagel became a Post Doctoral Fellow at the University of Lausanne. This was when he began his researches on immunology.

He became an associate professor at Scripps Clinical Research Institute in 1976. The institute is in La Jola, California where he taught at Immuno-pathology department.  Meanwhile, he also taught at the University of California, San Diego.

Around 1979, Scripps made him a full professor. Here, he conducted his research on T cell maturation. He returned to Switzerland towards the end of this year.

Rolf M. Zinkernagel joined the University of Zurich as an associate professor. He worked at the Department of Pathology while at the University. This was when he got acquainted with Hans Hengartner, a Molecular biologist.

Hengartner and Rolf M. Zinkernagel worked together for many years till Zinkernagel’s retirement in 2008. He was later promoted to be a full professor in 1988.

The great immunologist has led to great discoveries in the field of science. He has therefore been awarded many awards during his career. In 1981, Rolf M. Zinkernagel was awarded the Cloëtta Prize. Later in 1987, he was also presented with William B. Coley Award by the Cancer Research Institute.

In 1995 he received the Albert Lasker Medical Research Award. He also won the 1996 prestigious Nobel Prize in Physiology or Medicine. He shared the prize with Peter Doherty. This was for their discovery of the exact mediated immune defense of cells. In 1998, he was appointed to be Foreign Member of the Royal Society or ForMeRS.

In November 1968, Rolf M. Zinkernagel tied the knot with Kathrin Lüdin. She is a professional physician. The couple met at the University of Basel where both were studying medicine. They are blessed with two daughters: Christine Zinkernagel and Annelies Zinkernagel. They also have a son Martin Zinkernagel. Christine and Martin followed the footsteps of their mother. They are both physicians as well. Christine, on the other hand, followed her father’s profession as an immunologist.