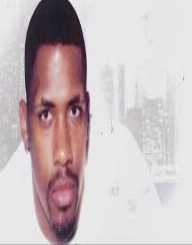 Rayful Edmond III was born in the city of Washington, D. C. on November 26, 1964. His mother was Constance “Bootsie” Perry, and his father was Rayful Edmond Jr. Both of them were government workers who also served as drug dealers. They taught their kids how to distribute prescription drugs and narcotics. Rayful started dealing when he was just nine years old. In high school, he was a good student and a successful basketball player. However, he dropped out of college and started working for a local drug dealer.

Rayful Edmond III began to establish his drug ring. He hired many of his family members to help him distribute cocaine. He collaborated with the drug lord Cornell Jones. He came up with a system of back-alley escape routes for his dealers, which he called “the strip.” During a trip to Las Vegas, he met up with the Californian drug dealer Melvin Butler. He introduced him to the Trujillo-Blanco brothers, two Colombian dealers who worked with the Medellin cartel. They supplied him with crack cocaine, which he sold in Washington, D. C.

Rayful Edmond III started the crack epidemic in the city, which led to a severe increase in crime rates. His crew killed over 30 people in an attempt to silence them. The police went after him, wiretapping him, investigating his finances, and questioning the members of his drug ring.

The authorities finally arrested Rayful Edmond III in 1989. They also arrested 28 members of his crew, 11 of whom were his relatives. The security during his trial was at a staggering level. The members of the jury were wholly anonymous and placed behind bulletproof glass. He was jailed at the Marino Corps Base in Quantico and flown by helicopter to the Washington, D. C. Federal Court House. He was eventually convicted of possession and distribution of cocaine, racketeering, and engaging in a continuing criminal enterprise. He was sentenced to life in jail with no parole, while his mother was sentenced to 24 years in prison.

Rayful Edmond III was locked up in the Lewisburg Federal Penitentiary. Despite being in prison, he kept operating his drug business. He joined up with the drug dealers Osvaldo Trujillo-Blanco and Dixon Dario. He used the prison phone to conduct his business, making up a secret code for communication. The authorities caught him and added 30 years to his sentence. He eventually became a government informant and became a part of the U. S. Federal Witness Protection Program.

Rayful Edmond III is mentioned in Jay-Z’s song “Can I Live,” Meek Mill’s song “Work,” Rick Ross’s song “I Think She Like Me” and Westside Gunn’s song “Rayful’s Plug.” He is the subject of the 2005 documentary The Life of Rayful Edmond and the 2013 book Rayful Edmond. He is featured in an episode of the TV documentary series American Gangster.