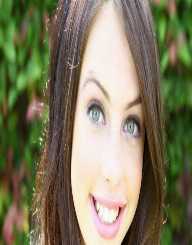 Danielle Nicole Cimorelli was born on June 15, 2000, in California. Dani belongs to a singing group Cimorelli, which gained popularity on YouTube, performing various song covers. The band is made up of six sisters-Christina, Katherine, Lisa, Amy, Laure, and Dani. She and her family have always been inclined towards music. Her mother has mentored each of her 11 children in music starting at age two.

The Cimorelli family are devoted Christians. Dani, currently 16 years old, lives with her family. She got the nickname “Dani” from her elder sisters, and now uses it as her stage name. The Cimorelli mostly sings cappella with instruments at intervals. Dani first joined her sister's group when she was seven years old.

The Cimorelli sisters began their rise to popularity by posting several song cover videos on YouTube. Dani’s first performed song, when she joined the band, was the cover of “ABC” by Jackson 5. Her performance pleased the audiences, and fans soon started to tweet about the newest addition to Cimorelli band. The video soon went viral on multiple social media sites.

The band’s cover of Justin Bieber’s song “Baby” was voted as the best cover for the song. Since the band first began to post on YouTube, their fan base has grown to 3.8 million subscribers. Dani currently has her own YouTube channel, where she uploads many personal videos as well as her solo performances. In 2010, the family moved to Southern California to help the girls advance their career. The same year, they were signed with Universal and released their second EP CimFam in iTunes, marking the first EP with Dani in the band. The EP featured their first original song, as well as five covers.

In 2012, Cimorelli participated in a contest by Ryan Seacrest. They performed a cover of Justin Bieber’s hit song “Boyfriend,” winning the contest. For their performance, Cimorelli was nominated for “Choice Web Star” at the 2012 Teen Choice Awards. Their second EP Believe It was released on iTunes and Amazon in 2012.

After the success of their first three EP, the sisters released their fourth EP Made in America. The four songs on the album were all original. Made in America peaked at No. 179 on Billboard 200 chart. The girls continued their success by performing around the world. In 2014, Cimorelli performed at DigiFest in London, New York City and Toronto. In summer that same year, the sisters launched web series “Summer with Cimorelli” and released the first single from their new EP Renegade “What I Do.” At the end of 2014, Cimorelli released their Christmas EP Christmas Magic, sang completely a Capella.

In 2015, the girls released a mixtape Hearts on Fire. The album featured nine songs, all of them acoustically produced. Their latest project was Cimorelli first full-length album, Up At Night. The album debuted at No.24 on the Top Country Albums chart. In its first week, Up At Night sold 1,500 copies in the United States. Their second full-length album Alive was released in December 2016.

Dani Cimorelli is the youngest member of the band. She has been praised for her sarcastic humor and fresh, unique voice. Dani is the creative part of the band, often dressing in colorful clothing and painting her hair different colors. With her style, she has become a fashion icon for young teens.

Dani plays guitar, piano and bongo drums. In her spare time, Cimorelli often plays video games with her younger brothers and enjoys swimming. All of the Cimorelli children are homeschooled and have never attended regular school.