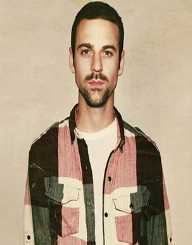 Ryan Lewis is an American music producer, DJ, and musician born on March 25th, 1988. He is also a graphic designer, video director, and photographer and has won many awards. Lewis produces his albums with the title Instrumentals along with others. So far he has produced The VS. EP in 2009 and The Heist in 2012. Later in 2016, he produced This Unruly Mess I've Made.

In his teenage years, Ryan Lewis loved to play guitar a lot. During this time, he also developed a passion for photography. Among his first shots were those of Macklemore. The duo since then has been in collaboration.

Ryan Lewis was born on March 25th, 1988. His place of birth was in Seattle, Washington in the United States. He is the son of Scott Lewis and Julie. He has two older sisters, Laura and Teresa. Growing up he loved to play guitar with Ryan Sanson, his best friend. As a teenager, he developed a passion for producing music.

Ryan Lewis schooled in Ferris High School situated in Spokane, Washington. Later, he shifted to Roosevelt High School in Seattle from where he graduated. He was then admitted to the University of Washington where he specialized in Comparative History of Ideas.

In 2006, Ryan Lewis officially began his career as a professional videographer and photographer.  Later in 2008, his first play Instrumentals was released.

In 2009, he officially collaborated with Macklemore and became Macklemore & Ryan Lewis duo. Together they produced EP The VS. EP. The following year in October, he released VS. Redux EP. A few months later in December, he released his first single titled “My Oh My.”

At the beginning of 2011, he released another single “Wings.” In August that year "Can't Hold Us" followed. The duo then released an album titled The Heist in 2012.

In October 2012, they performed "Same Love" in The Ellen DeGeneres Show. They also performed "Thrift Shop" in January 2013. They sang the same song in December 2012 at Late Night with Jimmy Fallon. The song took them to great levels of success in the music industry. It was rated first in the Billboard Hot 100 consecutively for six weeks.

Macklemore & Ryan Lewis released a new song in August 2015 titled "Downtown.” The song was later performed in 30th August during the 2015 MTV Video Music Awards. The hit single is one of the songs in their album This Unruly Mess I've Made. It was released in early 2016.

Their song “White Privilege II" was their second single song in the album. It was released in January 2016. Lewis also co-wrote the song “Praying” by Kesha and also produced it. In July 2017, the song was released.

Ryan Lewis revealed the HIV status of Julie Lewis, his mother in April 2014. He revealed that she has lived with it for 30 years. According to him, she contracted the disease from a blood transfusion after giving birth to his oldest sister in 1984. Later in 1990, she was diagnosed with HIV. This was after she had his other sister and him. Luckily, none of the kids contracted the virus. As a result, Ryan Lewis launched the project 30/30 with. It aims to help those living with HIV worldwide through the building of health centers for such.