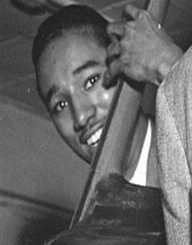 Ray Brown was born on October 13th, in 1926. He is best remembered for being a talented Jazz musician who worked extensively with Ella Fitzgerald and Oscar Peterson.

Raymond Mathews Brown popularly known as Ray Brown was born on October 13th, in 1926. His place of birth was in Pittsburgh, Pennsylvania. Right from a tender age of eight years, Brown took piano lessons.

During his early career, Ray Brown gained a considerable influence from Jimmy Blanton. Blanton mainly played as a bassist for the Duke Ellington band. Brown gained fame for playing with groups such as Snookum Russell band and the Jimmy Hinsley Sextet.

Later, upon his graduation from high school, Ray Brown had heard the rumors that jazz scene music was on the rise in the New York City. With a firm conviction, he moved to the city when he was only twenty years old. Here, he went along and met with Hank Jones. Jones later introduced him to Dizzy Gillespie, a famous trumpeter. Owing to his exceptional bassist skills, Brown earned himself a job immediately.

Sooner or later, Brown quit working with Dizzy in 1948. He partnered with Charlie Smith and Hank Jones to form a trio band.

During the 1950s, Ray Brown took on several tours and concerts such as the ‘Jazz at the Philharmonic ’.The last concerts were being managed by Norman Granz. Around this period, Brown got the privilege of working with Oscar Peterson, a notable pianist.

Ray Brown is also famous for having married Ella Fitzgerald. She was regarded as the queen of jazz music. The two exchanged vows in 1947. They did not have children of their own, and therefore they went ahead and adopted Ray Jr. Unfortunately, their union did not last for ages since their careers kept them apart. The two went separate ways in 1953.