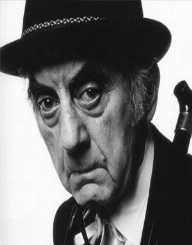 Born into a Russian Jewish immigrant family in Philadelphia in 1890, Man Ray's birth name was Emmanuel Radnitzky. His mother was a seamstress, his father a tailor. When Man Ray was still young, the family relocated to Brooklyn, New York. They lived in the neighborhood of Williamsburg.

Due to anti-Semitism, the family changed their surname to Ray. Man Ray's nickname was Manny, and in time this was shortened to Man. Hence Man Ray.

Showed early promise as an artist. Man Ray later excelled at art. He also learned freehand drawing plus the basics of architectural and engineering drafting. As a young student, he haunted art museums, pouring over the old masters. Ray graduated high school in 1908 and began his dream of pursuing art as a full-time career. He had been offered a scholarship to study architecture but declined to do so. He enrolled in the Ferrer School in 1912 where his art blossomed.

Starting out in a studio in the family home, Man Ray took various jobs as a commercial artist. Visiting the art galleries of New York City, he was drawn to the avant-garde art emerging from Europe. In 1912, he started attending the Ferrer School. He studied under Robert Henri, Samuel Halpert, Max Weber and Adolf Wolff. He was heavily influenced by these teachers and started developing his own unique style.

In 1913 he joined an artist colony in New Jersey. Here he lived with Samuel Halpert who again influenced Ray’s style. Around this time, Man Ray met the owner of 291 Gallery in NYC, photographer Alfred Stieglitz who stimulated his interest in photography. He also met Adon Lacroix, the poet.  In 1914 they married. Another important influence around this time was Marcel Duchamp who introduced him to Surrealism and Dada. Man Ray went on to become important in the Dada and Surrealist movements.

Man Ray's started out painting in the Cubist style.  In 1915 he had his first solo show at the Daniel Gallery. This featured thirty of his paintings and drawings. Around this time he started photographing his paintings.

Duchamp and Man Ray promoted Dada. Together they started the Society of Independent Artists (1916). Then in 1920, they founded Société Anonyme with art collector Katherine Dreier. This was an art museum focusing solely on American art. Despite Duchamp and Ray’s best efforts, Dada did not catch on at the time

In 1921, Man Ray went to live in France and spent the next eighteen years living in Montparnasse, Paris. Around this time, the area was alive with artists, writers, and philosophers. These included the Irish writer James Joyce, Gertrude Stein, and Jean Cocteau. He met the performer Kiki of Montparnasse. She became his lover and his muse. His work included the famous Rayographs. He also got involved in fashion photography, doing shots for Vogue and Vanity Fair. His next muse was Lee Miller. Miller originally worked as his art assistant, but she soon became his model. He invented the photographic process of solarization. Another photographic invention he discovered was photogram. This discovering resulted in the creation of the books Champs Delicieux and Electricite. Obsessed with photography, he continued painting, writing and working in film. He produced some avant-garde short films with Marcel Duchamp. Late Years and Death Being Jewish, Man Ray decided to leave France during WWII.

He returned to the country of his birth and settled in Los Angeles. By 1944, he had his first showing at the Pasadena Art Institute which displayed his paintings, drawings, and photographs. He started working as a photographer in Hollywood. Man Ray was dissatisfied with his life in America. He felt that critics there were confused about his output and did not understand what he was trying to achieve. What he wanted, in fact, was to return to Montparnasse. He did so in 1951. Upon his return, he wrote a biography, entitled Self Portrait. This was published in 1963.

One of Man Ray's most famous works is Le Violon d'Ingres. Featuring Kiki as the model.  Noire et Blanche featured on a US postal stamp in a series of Modern American art in 2013.

In 1974, two years before his death, Man Ray was awarded the Royal Photographic Society’s Progress Medal and Honorary Fellowship. ARTnews magazine named Ray one of the most influential artists of the 20th Century, noting his photography. In 2013, Man Ray's photograph Noire et Blanche (1926) was chosen by the US Postal Service to feature in their Modern Art in America series of stamps.

Man Ray's first wife was the Belgian poet Adon Lacroix. They met in New York City and married in 1914. They separated in 1919 and divorced in 1937. He met his second wife Juliet Browner in Hollywood in 1940. They stayed together until his death in 1976. Browner was also another of his muses and frequently appeared in his work.

Man Ray will be remembered for his role in the Dada and Surrealist movements. Man Ray's widow Juliet Browner died in 1991. Upon her death, many of his works were donated to museums worldwide. His real legacy is his influence on modern art.