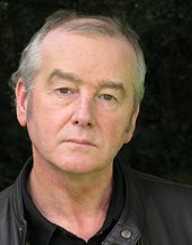 American author of children’s and young-adult novels, Jerry Spinelli was born on February 1, 1941, in Norristown, Pennsylvania, United States of America. Son of Louis A., a printer and Lorna Mae Spinell, Jerry’s ambition was to become a cowboy during his early school days. While studying in junior and high school, he indulged in various sports and developed a dream to become a baseball player in future.

Bitten by the sports bug, Jerry Spinelli composed a poem about his high school football team winning a cliffhanger against one of the best teams in the country. His father published the poem in a local newspaper with his knowledge. After the publication of the poem, Spinelli suddenly realized that becoming a writer is an option he could positively deliberate upon instead of running behind the onerous task of becoming a major league baseball shortstop. A writer was born at that juncture.

After High School, Spinelli attended the Gettysburg College. He graduated from there with a major in English. While in the college, he was entrusted with the task of editing the college literary magazine, ‘The Mercury.’ He also wrote several short stories and attended writing seminars at John Hopkins University during the period. After graduation, he landed the job of an editor for a departmental store magazine. For the next two decades, he worked for a livelihood during the daytime and used his free time like the lunch break, weekends and the time after dinner to sharpen his fiction writing skills.

Focussing on writing for adults, Jerry Spinelli wrote four unpublished novels before being brought into the limelight with the publication of his first children’s book, ‘Space Station Seventh Grade’ in 1982. His next novel ‘Who Put That Hair in My Toothbrush?’ was published in 1984. He credited his own children’s contentious relationship being the central theme of the novel.

With the twin success of his first two children’s novel, Jerry Spinelli continued to write more children’s and young adult books to the satisfaction and applause from his readers. They include the likes of ‘Jason and Marceline’ published in 1986 and ‘Dump Days,’ a sequel to Space Station Seventh Grade published in 1988. One of his major works, Maniac Magee, was published in 1990. The novel won the Boston Globe-Horn Book Award for Fiction and the Newbery Medal besides being made into a TV movie. He had three major works published in 1991, ‘Report to the Principal's Office,’ ‘There's a Girl in My Hammerlock’ and ‘Fourth Grade Rats’.

Jerry Spinelli published another fiction for children, ‘Wringer’ and was conferred the Newbery Honor award for this 1997 novel, where the main character Palmer LaRue dreaded his tenth birthday.  This event will make him qualify as a ‘Wringer,’ young boys who wrung the neck of wounded birds in an annual ritual of pigeon shooting in his hometown. While other kids of his age were very keen to perform the ritual, Palmer abhorred the customary celebration. He even had a pet pigeon ‘Nipper’ in his room. He stood against the custom when faced with the prospect of sacrificing his secret pet for the sake of the annual shootout.

In 1998, Jerry Spinelli published an autobiographical account of his own early life and came out with a unique title character, ‘Knots in My Yo-Yo String: The Autobiography of a Kid.’ In 2000, he published ‘Stargirl,’ the story of an eponymous protagonist, who enters the all-white middle-class Mica High School in Arizona and attracts considerable notice for her unusual behavior, unique clothing and her rather peculiar habit of cheering for both sides after gaining entry into the cheerleading squad. The novel was made into a film in 2009. He came out with a sequel of ‘Stargirl’ in 2009 and named it ‘Love, Stargirl’.

Jerry Spinelli briefly ventured into the world of historical fiction with his 2003 novel ‘Milkweed.’ The book deals with the story of survival of an orphaned boy Misha Pilsudski and his experience of living in a Warsaw ghetto during the World War II. Misha was more than a capable thief and an expert liar. He tactfully managed to escape the atrocities meted out to the other inmates of the ghetto and was ultimately able to find a home with a Jewish family. The book shows the horror suffered by Warsaw's Jewish population during the Holocaust with almost a graphical representation with Spinelli’s superb choice of narratives.

Jerry Spinelli, though unsuccessful as an author of adult novels, found immense success as a writer of children’s books. He wrote more than 20 books for children and adolescents. ‘Jake and Lily’ (2012), ‘Hokey Pokey’ (2013) and ‘Mama Seeton's Whistle’ (2015) are some of his recent works.

Jerry Spinelli met Eileen Mesi, also a talented children’s book author, during the second half of the 1970s in his Editing office of the department store magazine. He married Eileen in 1977. They together had six children and 21 grandchildren. Jerry and Eileen collaborated and published a few books as co-author including ‘Today I Will: A Year of Quotes,’ ‘Notes’ and ‘Promises to Myself.’