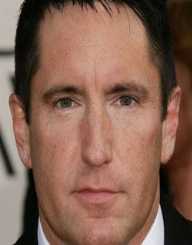 Trent Reznor is a devoted American singer, songwriter, musician, film composer and record producer. He is best known as the founding father of a successful rock band called Nine Inch Nails. He has composed for countable of films including 2010 The Social Network, 2011 The Girl with the Dragon Tattoo, 2014 Gone Girl and 2016 December movie.

Trent Reznor is a daring soul that has a passion for commitment and fulfilling life. His greatest challenge is to ask for help. One of his remarkable traits is always to lend a helping hand when need be. Not to mention his clear-cut personality guides him in every decision that he makes. With little supervision, Trent always says what he means and thinks. The pretense isn’t his cup of tea. When stressed with life struggles, his singing talent keeps him calm as well as finding an escape route in between.

Trent parents parted ways, and Reznor went to live with his fond grandparents. His maternal grandfather loved Reznor as his kid. As a young lad, Reznor opted to earn a few coins as he was playing keyboards for several bands.

Before relocating to Cleveland, Reznor joined Allegheny College where he showcased his talent. For a short-term, he worked for several bands where he was then employed to work at a recording studio. At his free time, Reznor took the time to sharpen his skills. He learned to play a myriad of instruments, and in 1988 he signed a lucrative contract with TVT.

Early in 1989, Trent Reznor released an album called Pretty Hate Machine under Nine Inch Nails. With excellent sound effects and smart lyrics, it became famous for youngsters. ‘Head like a Hole’ album received positive acclaims on MTV and globally. To further his career, he toured for close to five years to various places including Lollapalooza music festival.

1992 EP Broken song reached at number seven in the album charts. He also garnered a Grammy Award in 1993. Happiness in Slavery song was not taken lightly by his fans. He received negative remarks due to the disturbing images from the soon released video.

The Downward Spiral was Trent’s Second Album that was released in 1994. It was his first album to reach number 2 on the charts as well as selling over a million copies. Most of the successful tracks in the collection include Hurt and Closer. Five years down the line Reznor passed the competitive stage with an album titled The Fragile. It featured singles such as ‘The Day the World Went Away.’

While on his tour, Trent Reznor released countable of albums including Teeth, Only, Every Day Is the Same, Year Zero, The Slip, Hesitation Marks, and The Slip. Nine Inch Nails work extended with leaps and bounds. Reznor turned into an outstanding composer and promising producer. It was here that he started to work with highly acclaimed films such as The Social Network and Oliver Stone’s Natural Born Killers. In 2010 and 2012 he garnered an Academy Award as well as the Grammy.

Trent Reznor is still an active persona in his musical career. His innate talent allowed him to work for Dr. Dre’s Beat and Apple Music. In 2009 Reznor married Mariqueen Maandig with whom they have two handsome boys called Balthazar and Lazarus. They also have a daughter called Nova Lux.