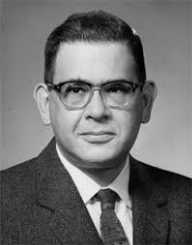 Ralph Asher Alpher was an American cosmologist famous for his contribution to the Bing Bang evolution theory.

Ralph Asher Alpher was born on February 3, 1921, in the US capital Washington DC. He was the son of the Samuel Alpha and Rose Maleson, Jewish immigrants from Eastern Europe. He lost his mother at the age of 17. He went to Theodore Roosevelt High School and graduated in 1936. Upon graduation, he secured a scholarship to stud science at the Massachusetts Institute of Technology or MIT. His scholarship was withdrawn without any explanation. Alpher speculated the withdrawal was prompted when he disclosed his Jewish heritage. He got employed by the US Navy and worked full time to fund his studies. He joined the evening degree classes at the George Washington University. Alpher graduated with a science degree in 1943. He got his Master degree in 1945 and earned his doctorate in 1948.

He suffered a major setback while doing his doctorate dissertation. Alpher prepared to present his research on the formation of the galaxies and their dynamics. When he was finalizing his thesis, another student published a similar paper in a local daily without his knowledge or due citation in 1946. Fearing plagiarism accusations, Alpher started working on his paper again. He wrote another research paper on the state of the universe in the early stages of its formation and the buildup concentration of the relevant elements. He published his findings in a scientific journal in April 1948 and got a positive review from the public and fellow physicists.

Despite his young age, he started working on mega projects when he got employed by the navy. He worked with the Navy for four years beginning from 1940. As a doctorate student, he worked at the John Hopkins Applied Science Laboratory from 1944 to 1955. Alpher made vital contributions in the safety technology of maritime vessels from torpedoes and anti-aircraft missiles. The technology helped the Navy reduce casualties during WW2. He got the Naval Ordnance Development Award for his contribution to the safety maneuvers of the warships and aircrafts.

He teamed up with his friend physicist Robert Herman. They commenced in the study of nucleosynthesis calculations in a bid to discover the physical elements and dynamics of the early stages of the universe formation. Alpher based his research on the effects of the hot temperatures on the universe. Alpher and his partner noted that any disturbance in the atmosphere by radiation and separation from matter substances could have caused the matter fragments to fill the universe. They established that for the universe to have disintegrated in the manner it is, the temperatures should have been superficially high.

Alpher delved in finding scientific calculations to verify the authenticity of the Big Bang Theory as advocated by Fred Hoyle in his 1950 papers and lectures. They discovered that the theory gave out radiation relic calculations that supported very little distant time calculation. Thus it did little to enable physicists to determine the exact age of the Big Bang.

The two physicists left their research laboratories in protest of the lack of support for their work. I 1955, they got employed with two different companies. Alpher got a job at the General Electrics, while Herman went to General Motors. Alpher went to the Research and Development Center of the General Electrics based in New York. He stayed at the company for over three decades. He contributed immensely in the fields of high-speed aero-dynamics, magnetohydrodynamics, and technological forecasting and strategic planning.

As the two contributed to the development of their fields of employment, several scientists continued with their researching work. In 1965, two physicists Arno Penzias and Robert Wilson published the former duo’s work. Penzias and Wilson passed the findings on the cosmic as their own thus denying due credit to their rightful owners. Other scientists followed suit in the publication of pirated material findings done by Alpher and Herman. Penzias and Wilson got the Nobel Prize for Physics on potentially pirated material. They never cited Alpher and Herman in their acceptance speeches.

Alpher left General Electrics in 1987. He became a researching professor at the Union college from 1987 to 2004. He also served as a board member of Dudley Observatory. Alpher got elected as the administrator of the observatory from 1987 to 2000. After the observatory post, he joined a local television station as part of the board and eventually its president. He served as president of the television station WMHT for two consecutive terms. He was also active in supporting the scout movement, having been one in his childhood.

Alpher received among other awards and recognition, the Magellanic Premium of the American Philosophical Society, the gorge Wetherill Medal of Franklin Institute, the George Vanderlinden Prize and Mathematics Prize from the New York Academy of Sciences. In 2005, Alpher received the National Medal of Sciences.

Alpher married Louise Simons on January 28, 1942. They had two children namely Harriet and Victor. Though he grew up under Jewish traditions, Alpher recanted his Jewish vows and became an agnostic with little regard to religion.

Ralph Alpher died in Austin, Texas on August 12, 2007, at the age of 86. He is remembered as the pioneering physicist to scientifically try to prove the Big Bang theory.