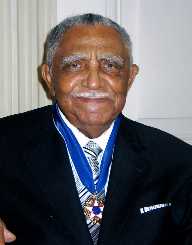 Joseph E. Lowery is an appointed minister of the United Methodist Church and a civil rights leader. Lowery is well-known for his peaceful and non-violent approach to a better community. He spent most of his life as a social activist and as an advocate on upholding the rights of the members of the African-American community. He is also one of the founding members of the black advocacy group Black Leadership Forum.

The Beginnings Of A Refined Civic Leader

He was born on October 6, 1921, as Joseph Echols Lowery in Huntsville, Alabama to Leroy and Lora Lowery. His mother worked as a teacher and his father as a businessman. Lowery was born in a period of time where racism is at its peak. He experienced first-hand violence when he was a child. He once bumped into a white police officer of which enraged the official and struck Lowery. He was only 12 years old at the time.

Lowery finished his high school at William Hooper Council High School in his hometown of Huntsville, Alabama. After finishing high school, he enrolled at Knoxville College and Alabama A&M College. He attended Augusta’s Paine College located in Georgia. Following his graduation in Paine College, Lowery also took a doctorate in divinity at Chicago Ecumenical Institute which he obtained in 1950. He was a member of the fraternity Alpha Phi Alpha, the first African-American intercollegiate fraternity as well as one of the largest in the States. He is a holder of honorary doctorates from various colleges.

The same year in 1950, Lowery was appointed as a United Methodist minister. He married fellow civil rights protester Evelyn Gibson, who is the sister of activist Harry Gibson. In the span of their sixty-three-year marriage, the couple had three children together named Yvonne, Karen, and Cheryl.


The Rise Of The Hero For The Abused

From the year 1952 to 1961, Lowery served as a pastor at Alabama’s Warren Street United Methodist Church. While he was serving as a pastor, Lowery also began organizing civic rights movements in 1955 in Mobile, Alabama. One of his first actions as an activist is when he led the bus boycott at Montgomery following Rosa Park’s arrest. Rosa Park was a fellow social activist who was arrested in 1955 for refusing to give her seat up to white passengers on the bus.

He was a known colleague of fellow pacifist Martin Luther King Jr. In 1957, King and Lowery formed the Southern Christian Leadership Conference (SCLC), an African-American civil rights organization. He served as the organization's board chairman from 1967 to 1977 then as its president from 1977 to 1998.

Lowery also took part in the 1965 Selma Montgomery March at the request of Martin Luther King Jr. The Selma march was led by King from Selma, Alabama to the steps of Montgomery, Alabama’s capitol. The march was held as a campaign for African-Americans’ extension of voting rights and the killing of civil rights protester Jimmie Lee Jackson by a state trooper. The march took 5 days and covered the distance of 54 miles.

In 1959, along with other civil rights leaders, Lowery suffered the seizure of his properties. It was taken as part of a published defamatory statement lawsuit settlement. The lawsuit was filed by a Montgomery commissioner because of a newspaper article criticizing the city’s police. However, the United States Supreme Court overturned this case in 1964 when they made an appeal.

Lowery also spent a number of times behind bars due to his advocacies. Notable among these is his 1984 protest of Apartheid in Africa at Washington D.C. for the Free Africa movement. The other one being the protest of environmental racism in North Carolina.

He has also shown support for the LGBTQ community, backing their civil rights and advocated same-sex marriage in 2012.

Throughout his life, Lowery was famously known as the “dean of the civil rights movement”. It was due to his active involvement in the betterment of the African-American community.

In 1997, he was awarded the Lifetime Achievement Award presented by the NAACP.

He received a number of prestigious awards such as the National Urban League’s Whitney M. Young Jr. Award. This award is given to people who have exerted efforts for the development of low-income and rural backgrounds. He was also awarded the Martin Luther King Jr. Center Peace Award in 2004. He received the award for the same efforts he exerted as a civic leader and involvement for cultural change. Subsequently, he was credited on Martin Luther King Jr.’s National Historic Site at the International Civil Rights Walk of Fame in Atlanta, Georgia. African-American cultural magazine Ebony has also listed Lowery as one of the greatest black preachers in history.

Lowery also had the pleasure of overseeing the benediction of 44th US President Barack Obama’s inauguration on January 20, 2009. Obama made history as the first Black man to ever assume the highest seat in the White House.

On August 12, 2009, Lowery was awarded by President Obama the Presidential Medal of Freedom. This medal is the highest civilian award bestowed upon by the president of the United States.

In his honor, the city of Atlanta renamed Ashby Street and dedicated it under his name: Joseph Lowery Boulevard. The Joseph E. Lowery Institute for Justice and Human Rights was established by Clark Atlanta University in his honor back in 2001.

The Civic Leader At Present

Lowery experienced a hip fracture from falling in a hotel in Santa Barbara, California on December 7, 2014.

Lowery has retired from his civic duties and religious commitments back in 1992 but he still continues to stand against issues on people’s rights and social justice.