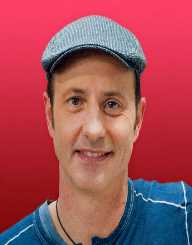 Brian Anthony Boitano was born in the city of Mountain View, California, on October 22, 1963. His mother’s name was Donna. His father’s name was Lew. When he was little, he roller skated, and he played Little League baseball. He graduated from the Marian A. Peterson High School in Sunnyvale.

Brian Boitano focused on his jumping at the beginning of his career. He became the first American that managed to perform a triple axel. In 1987, he created his signature jump called the Boitano triple lutz.

He attempted to do quadruple jumps in some of the following competitions, but he failed. He continued to compete. He won two national titles, but he never managed to win the World Championship. This made him change the entire style of his performance.

Brian Boitano decided to stop focusing on the jumps and the technical requirements. Instead, he wanted to enhance his artistic side, so he hired a choreographer to help him.

Boitano showed off his new style of performance at the Skate Canada competition in 1987. He received standing ovations from the audience, but he did not win the first place. In 1988, he won the United States Figure Skating Championship. The win took him to the 1988 Winter Olympics in Calgary, Alberta, Canada.

In the Olympics, Brian Boitano went head to head with his longtime opponent, Canadian skater Brian Orser. The media named their rivalry the Battle of the Brians. Boitano ultimately won, scoring a gold medal.

After the Olympics, he continued competing in many amateurs and professional skating competitions. He won five consecutive World Professional Championships, as well as four titles at the Challenge of Champions. He also competed at the 1994 Winter Olympics in Norway. That same year, he took part in the United States Championship, but he ended up at the sixth place. After this, he continued in professional championships. Still, his career started slowing down.

In 1996, Brian Boitano was inducted into the World and U. S. Figure Skating Halls of Fame.

In 1990, Brian Boitano starred in the German dance film Carmen on Ice. The role won him an Emmy Award for Outstanding Performance in Classical Music/Dance Programming. He also had brief roles in the films Ice Princess and Blades of Glory. Popular cartoon series South Park depicted him as a superhero in a few episodes.

Boitano also got involved with cooking. He appeared as a guest on cooking shows such as Giada at Home and Top Chef Masters. In 2009, he started his cooking show called What Would Brian Boitano Make on the Food Network. In 2014, he had a series on HGTV called The Brian Boitano Project. It depicted him buying and renovating the home of his ancestors in Italy.

In 2013, Brian Boitano was placed in the United States delegation to the 2014 Winter Olympics. The games were hosted by Russia, a country which has passed homophobic laws. Because of this, he decided to publicly admit he was homosexual.

Brian Boitano stated that in the past he intended to keep that private, but he felt the need to come out because of the delegation.