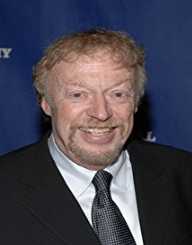 Phil Knight was born on February 24, 1938. He is an American businessman. He is a co-founder and chairman of the company Nike Inc. He has also been the CEO and chairman of the company in the past. He started the company after college with his coach Bill Bowerman. They at first started by selling Japanese Sports Shoes and then advanced to founding their own Sports Company. Knight is not a sportsman, but he ran the track when he was a student. He is among the wealthiest businessmen in the United States. Knight is also the owner of the Stop Motion film production company Laika. He has donated a lot of funds in the schools that he graduated from, that is, the University of Oregon and Stanford Graduate School of Business.

Phil Knight was born Phillip Hampson on February 24, 1938, in Portland, Oregon. He was born to William ‘Bill’ Knight, a lawyer who later on became a newspaper publisher and Lota Hatfield Knight. His father was a caring man who loved his family and pushed his son to pursue that which will bring him success in life. Knight attended the Cleveland High School in Portland, Oregon. He began running at a young age, and he became a member of the school’s track team.  After high school, he joined the University of Oregon, in Eugene. In college, he was a middle distance runner, and Bill Bowerman coached him.

In 1959, Phil Knight graduated from the University with a Degree in Journalism. Knight graduated, but he did not know what he wanted to do with his life. He was not sure which career he wanted to pursue, so he joined the army and did one year of service and seven years in the Army Reserve. After the army, he joined the Stanford Graduate School of Business where he found his love for business and decided he wanted to become an entrepreneur.

When Phil Knight was in college during an assignment to invent a new business, he came up with a blueprint that involved a business dealing in sports shoes. His paper was titled ‘Can Japanese Sports Shoes Do to German Sports Shoes What Japanese Cameras Did to German Cameras?’ With this paper, he realized he wanted to involve himself in a business that dealt with sports shoes. In 1962, he graduated from the Stanford Graduate School of Business with a Master’s Degree in Business Administration.

After graduation, Phil Knight decided to tour the world. In 1962, he was in Japan where he discovered the Tiger brand running shoes which were made and distributed by Onitsuka Company. He was so intrigued with the quality of the shoes and their low cost that he entered into a distribution contract with the company. He was to distribute the shoes in the United States. He returned to Portland and took an accounting job while he waited for the shipping of the shoes from Japan to materialize. He entered into a partnership with his former coach, Bill Bowerman, to distribute the running shoes in the United States.

In 1964, the Company Blue Ribbon Sports was formed following the partnership. The company worked so hard that they had retail stores in Eugene, Oregon, California and Santa Monica. The hard work of Knight and Bill gave then good profits in return. In 1971, the company started having problems with Onitsuka Company and so Knight, and Bill decided to form their own company. A friend of theirs, Jeff Johnson, suggested that they name the new company ‘Nike.’ Knight was determined to design products that would be loved by athletes globally. Nike’s model shoes ‘The Cortez’ debuted at the 1972 Olympic trials, and it was well accepted and brought into the company a lot of profit.

The profits that were coming into the company were so much that by 1980, Nike had captured one half of the athletic shoe market. Phil Knight offered an endorsement deal to tennis superstar, John McEnroe; who wore a particular Nike model of shoes when he had injured his ankle. This was a great move by Knight as the sales of that specific shoe shot to the sky. Nike was successful throughout the 1980s and 1990s that sportsmen such as Michael Jordan, Tiger Woods and Charles Barkley approached Nike for endorsements.

In the 1990s, Nike was a success that the company expanded its business into hockey, soccer apparel, and golf. This expansion drew in more than $10 million in yearly sales. In 2001, Phil Knight resigned from being the CEO of the company, but he continued as the chairman of the board.

In 1968, Phil Knight married Penelope Parks with whom he had four children. In 2004, his son (Mathew) died in a diving accident.