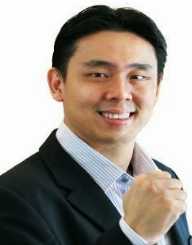 Adam Khoo was born on April 8, 1974, in Singapore. His parents are Betty Khoo-Kingsley and Vince Khoo.

As a child, Adam Khoo was a lazy student who earned poor grades. Because of this, he was expelled from Stephen’s Primary School when he was only eight years old. He then went on to Ping Yi Secondary School. Being expelled from school once did not encourage him to change his academic standing. While at this new school, he continued to fail classes; although, he was not expelled.

When he was 13, his parents enrolled him the Super-Teen Camp to try to motivate him to get his grades up. The program worked, and by using what he learned in it, he soon became one of the best students in his year. As his grades excelled [as he continued to attend Ping Yi Secondary School], he began to tutor and motivate other students at his school to do well. At the age of 16, e also became a motivational speaker to encourage students to get their grades up just like he had done.

Adam Khoo joined the Republic of Singapore Air Force after finishing school. He stayed here until he turned 21. This created a small break in his education. Afterward, he went right back to school, this time, for his post-secondary studies.

After serving in the military, Adam Khoo went on to attend the University of Singapore. Here, he studied business. While here, he made friends who were also ambitious and who wanted to go into business. With these friends, he helped to found Creatsoul Entertainment, which later changed named to be Gurus Pte Ltd. This company focused on entertainment for businesses. Also while at school, he kept his grades high. While also trying to earn his degree, Adam Khoo went on to complete a training course in neuro-linguistic programming (NLP)  that taught him to communicate his ideas better. This training made his eligible to become a part of the Super Teen team. He completed this training in 1997. In 1998, he graduated with a bachelor’s degree in business administration.

After completing his NLP training, Adam Khoo began working at Super Teen, where he taught classes and gave lectures. Through this group, he was also giving classes and lectures to other groups, including the Association of Muslim Professionals and the Chinese Development Assistance Council.

After working with Super Teen, he began coaching adults, like insurance salespeople and other business professionals. Over time, he began making more money on this, as much as $1000 an hour for a lecture.

Around 2000, Khoo’s father bought out one of the company’s he was working with, Adcom. Once he bought it out, he gave it to Adam Khoo to work on. Adam Khoo did exceptionally well in his business, making up for previous deficits that the business suffered under previous owners. While working with this group (which was an advertising business), he also worked with big-name clients with Tabasco, Mobile One, and Heinz.

As his lectures and his businesses earned him more money, he started making investments, including buying buildings (which he rented out to make even more money). He currently has investments in companies like Genting and HICOM.

Aside from Adam and Event Gurus Pte, he also works as the executive chairman of Adam Khoo Learning Technologies Group Pte Ltd.

Throughout the career, Adam Khoo has written about a dozen books, most of which are about economics, business, and education. Some of this most famous books are listed below.

I Am Gifted, So Are You!
Clueless in Starting a Business
Secrets of Successful Teens
Winning the Game of Life!
Secrets of Self-Made Millionaires

Adam Khoo married Sally Ong in 2000. Together, they have two daughters: Kelly and Samantha.