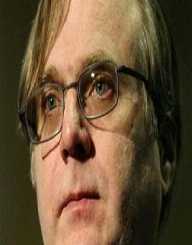 Paul Allen is an American businessman, computer engineer, and philanthropist, he is best known as the co-founder of Microsoft and the owner of the Seattle Seahawks.

Paul Allen was born in Seattle, Washington on 21 January 1953. His parents are Kenneth and Edna Allen. Allen attended the private school Lakeside School. It was at school that Allen learned about computer programming. The students of the school were given computers from the Computer Center Corporation. The students were allotted a set amount of time, but Allen and some other students discovered a bug in the computer that could be used to stop it logging their time. When it was found, he was exploiting a bug Allen and the others were banned from computers for a summer. After the ban, Allen and the others offered to work for the CCC to find bugs in their systems.

Allen graduated from Lakeside School and went to Washington State University. After two years Allen dropped out and moved to Boston. He began working for computer programmers, Honeywell. He contacted fellow Lakeside alumni Bill Gates, who was in Harvard at the time and convinced him to drop out of college and form Microsoft with him.

The new company’s first job was providing MITSMicro Instrumentation and Telemetry Systems) a BASIC version of the Altair computer. Paul Allen and Gates registered the trade name Microsoft in New Mexico in 1976. Later that year Microsoft became independent of MITS but continued to write computer language for them. In 1979 the company moved its offices to Bellevue, Washington.

In 1980 Microsoft made a significant breakthrough when IBM approached them to write a BASIC interpreter for their upcoming IBM PC. Microsoft instead provided the operating system for the computer that was then widely copied. The system was based on a Quick and Dirty Operating System that Allen had purchased. Allen left Microsoft in 1982 due to ill health but retained his position on the board until 2000.

Paul Allen has some research companies working under his Vulcan Inc. umbrella. Allen invests in emerging technology and holds forty-three patents in the U.S. Allen is also a major shareholder in Ticketmaster and the Home Shopping Network. Allen is an investor in commercial space travel company, Scaled Composites. They were the first commercial space travel company to put a person in space. Allen also has an extensive real estate portfolio mostly centered around Seattle.

Paul Allen owns some sports franchises. The first was the National Basketball Association franchise the Portland Trail Blazers in 1988. Allen bought and redeveloped the Trail Blazers arena. Under Allen’s ownership, the Trail Blazers have reached the playoffs 19 times. Allen purchased the American football team the Seattle Seahawks in 1996. At the time the team was approaching bankruptcy and rumors of a move to California were abound. Allen steadied the ship financially, and the Seahawks have won one Superbowl and won three NFC championships during his ownership.

Paul Allen has been very active in funding charities and research. Allen founded the Paul. G. Allen Foundation to fund non-profit organizations. Allen has pledged to donate at least half of his wealth to charity during his lifetime. The Allen Institute of Brain Science works to study the human brain. Allen has spent five hundred million dollars funding the institute. Allen also has Institutes that are studying human cells and working on developing artificial intelligence.

Allen has also been involved in wildlife conservation. Allen has funded some animal censuses to help address the needs of endangered species. Allen has invested money in providing infrastructure in parts of Africa; this infrastructure includes solar panels and internet connections. During the Ebola outbreak in 2014, Allen donated one hundred million dollars to fight the disease. Allen now sponsors grants in the field of Ebola research.

Allen is also a patron of some museums in the U.S. Allen has donated millions of dollars to the University of Washington to build a new library and computer science laboratory. The University named the new buildings after Allen and his family.

Paul Allen has played guitar since the age of sixteen. Allen has released two albums as the rhythm guitarist for Paul Allen and the Underthinkers, Grown Men and Everywhere at Once. In 2003 Allen launched the world’s largest yacht, Octopus. Allen uses his yacht to try and salvage famous shipwrecks. It has also been involved in search and recuses operations. The yacht also hosts a party at the Cannes Film Festival annually. In addition to the Octopus, Allen owns two other yachts, Meduse and Tatoosh.

In 2011, Allen released a book, Idea Man: A Memoir by the Cofounder of Microsoft. The book details Allen’s early interest in computers and the story of how he and Bill Gates built Microsoft.

Paul Allen has never been married and has no children. In 1982 he was diagnosed with Hodgkin’s lymphoma, and this forced him to leave Microsoft. He underwent radiation therapy for his illness, and the cancer was successfully removed.