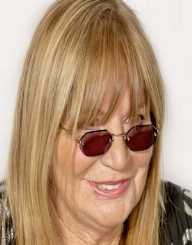 Marshall studied at Walton High School which was a private school for girls, and then attended the University of New Mexico. Marshall studied mathematics and psychology, but two and a half years into her study, she fell pregnant.

In 1967,  Penny Marshall moved to Los Angeles where her older brother, Garry, was a writer. Although she appeared in a television commercial, she gained employment as a secretary and raised her daughter as a sole parent.

Her brother had written a movie called How Sweet It Is (1968), and asked Marshall if she would like to appear in the movie as he was producing it, so she did. This was followed shortly after by another small role in The Savage Seven (1968). She also won a guest appearance on a television series called That Girl.

Garry became the executive producer of the hugely successful television series, The Odd Couple, in 1970. In 1971, Marshall became part of the permanent cast, playing the role of Oscar’s secretary. She played the role for four years.

During the same period, Marshall won smaller roles in several television movies, such as Evil Roy Slade (1972), The Couple Takes a Wife (1972), and Wacky Zoo of Morgan City (1972). She then became a regular on The Bob Newhart Show. Marshall was cast in Paul Sand in Friends and Lovers, but the show was canceled mid-season, despite having good reviews and viewing audience. The producers loved her so much they cast her in a role for The Mary Tyler Moore Show.

Her brother, Garry, meanwhile, was writing for Happy Days. He cast Marshall as Laverne DeFazio and Cindy Williams as Shirley Feeney, as guests on one of the episodes called, A Date with Fonzie. The pair were so popular, they were given their own show, called, Laverne & Shirley. It ran from 1976 to 1983. Marshall left the show in 1982 to have a baby, and the shows was canceled in 1983.

In 1985, Marshall moved into directing.

Marshall had already directed several of the Laverne & Shirley episodes so had some experience. Her first movie was Jumpin’ Jack Flash (1986) starring Whoopi Goldberg.

Marshall continued to direct over the ensuing years and was responsible for movies such as Awakenings (1990), A League of Their Own (1992), and The Preacher’s Wife (1996).

Penny Marshall’s first marriage was to Michael Henry in 1961, a football player.  Marshall was the father of her baby when she was in university. They divorced in 1963.

In 1971, Marshall married Rob Reiner. Reiner was an actor/director. They divorced in 1981, but as Reiner had officially adopted Marshall’s daughter, they have five grandchildren.