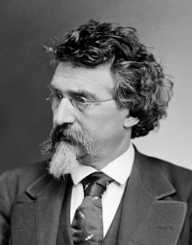 It is assumed that Mathew B. Brady was born on 18, May 1822 or 1823 in New York, the United States to an Irish, Julia Brady, and Andrew. At 16 years of age, Brady had a vision of becoming a profound artist. It was there that he opted to follow American painter’s footsteps whose name was William Page. He was given some painting and drawing lessons that he ultimately did with great zeal and anticipation.

His artistic career was cut short when he went to serve as a clerk in a leather manufacturing company. Even then, he had already learned one thing or two about photography from none other than the Parisian inventor, Louis Daguerre around 1839.

After self-learning and getting taught different photographic tricks, Brady saw nothing else but fame calling him. It wasn’t that long that he launched his studio in NY. He was lucky to capture the enticing moments of certain celebrities including Henry James Sr. and his son.

In 1856 he came up with a proven marketing strategy where he urged readers to sit on a larger portrait that inspired many. His expanding performance allowed him to have another branch in Washington, D.C.

In 1850 Brady published dozen of prints using an ancient photographic method called daguerreotype. The volume of pics that he had taken for different gurus raised him to stardom. He devoted himself with a purpose. In 1851 Brady received three gold medals. Other than that, he also had an exclusive chance to photograph every U.S Presidents except William Henry who died early in his tenure.

To attract his interest and fame, Brady convinced the working generals to allow him to capture the war scenes. It was a sure thing that he couldn’t just wake up and starts taking pictures without a permit.

In the background, some people played a significant part in Mathew Brady’s work. During the 1861 Civil War Brady opted to make good use of his employees and his well-kept resources. He instructed different photographers in several war zones including Alexander Gardner. Some called it quit along the way for not being given credit for their work.

Mathew seemed to have used all of his time and more so investment during the battlefield. Sources claim that he used more than $100,000 hoping that the U.S government will pay for the photos as well as giving him the credence he deserved. Sadly, all was lost for Brady once the Civil War ended. Even the public didn’t bother with his said photos.

In 1873, Brady was grouped into the bankruptcy list where he even lost his NY studio. After some time the War Department bought loads of negatives from his collection. Some of his major works are still seen in the National Archives.

Mathew played a considerable part in making the U.S history, but his efforts weren’t paid. He was pronounced dead in 1896 following a car accident. Brady married Julia Handy in 1850s. The couple didn’t have any children.