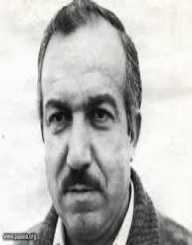 Khalil Al-Wazir rose to fame as the co-founder of Fatah and leader of Palestine Liberation Organization. He played a vital role during the 1947 war. It was here that Israel captured his native home where he struggled to the end. He completed his studies at Gaza Strip high school. It was here that he promised to go against the Israelites. In the course of his high school education, Khalil managed to gather a few friends where they went to harass Israel guards. This is what marked the beginning of another part of his life. Israel defined Al-Wazir as the most vicious and notorious Palestinian terrorist that left a mark in their bleeding country.

On October 20th1935 Khalil Al-Wazir was born in Palestine, Ramla to a businessman Ibrahim Al-Wazir. They lost their homestead when Israelites evacuated over 50,000 Palestine’s in Ramla. Khalil and his family fled to Bureij camp that was located in Gaza Strip. It is here that Al-Wazir completed his high school studies, but he had an installed grudge with Israeli soldiers. He later moved to Cairo in Egypt where he finished his secondary education in 1954.After some months he met Yasir Arafat who came to chair the Palestinian Liberation Organization (PLO).

Khalil Al-Wazir made a military figure in 1954 when he planned to attack Israelis, but the Egyptian government censured him. He was sent to prison in 1956 for joining the Egyptian Muslim Brotherhood. It was a strict Muslim group that was prohibited in Egypt. He was then released from jail after a few months, and that is where he started his first military training.

Early in 1957, Khalil Al-Wazir was imprisoned for the second time for going against the Israelites. He was sent to exile in Saudi Arabia. Here he acted as a teacher till when he moved to Kuwait in 1959.It was here that he thought of coming up with Fatah organization. By the end of 1958, Yasir Arafat and Al-Wazir commenced with their plans and they created the militant group: Fatah. The purpose of the group was to use armed civilians to fight the Israelis.

In 1962 Khalil Al-Wazir moved to Algeria where he formed a close relation with the Algerian government. He took advantage of the situation where he obtained recruitment facility as well as intensive training. The following year, AL-Wazir created a close relation with other nations including China, North Korea, and North Vietnam. His intelligence made his organization to have international trust and support.

In the mid of 1964, Yasir Fatah established more groups that lead to the inauguration of Palestinian Liberation Organization. Arafat became the leading member of the PLO while AL-Wazir was his second in command.

Khalil Al-Wazir came to play a significant role in 1967 war. Even though they were defeated, it welcomed a chance for Palestinian people to join the movement. In 1982 Khalil and other PLO members went against the Lebanon civil war. It was here that he opted to move to Tunisia where he focused on the Gaza Strip establishment. He managed to organize more youth’s that opposed the Israelites movement. His plans and career came to an end when he was executed in Tunisia in 1988.It was believed that Israeli commandos took his life.

Khalil Al-Wazir was famously known for establishing Fatah as well as his leading role. It was a militant and political organization whose plan was to rescue the Palestinians, people. He will also be remembered for leading a Savoy operation in 1975.The incident happened so quickly that led to killings and kidnapping cases in Tel Aviv. Khalil killed over ten hostages that were said to be Israeli militants. Besides, Khalil also led the Coastal Road Massacre in 1978.His agents hijacked a bus where they proceeded to kill over forty Israelis.

In 1962 Khalil Al-Wazir married his cousin, Intissar where they were blessed with five children: 2 sons and three daughters. Palestine’s saw Khalil as the only savior. On the other side, Israelis saw Khali as the leader of terrorists. Not to mention, AL-Wazir joined the University of Cairo where he majored in architecture.