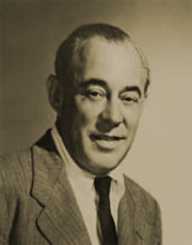 There was hardly a time in Rodger’s life when he wasn’t involved with music in some way. Richard Rodgers started to play the piano when he was only six years old.  In his younger years, he spent much of his time attending Camp Wigwam, where he worked on his music. While at the camp, he focused on composing above all else, which he continued to do throughout this later life. It was at this camp that he wrote one of his first compositions. He is also working on musical directing in his younger years, which he also did for the rest of his life.

Richard Rodgers first attended the DeWitt Clinton High school. After graduating from the school, he attended Columbia University. He did not graduate from Columbia, though. Instead, he transferred schools to attend the Institute of Musical Art.

In the 1910’s, Richard Rodgers’s career was just starting. It wasn’t until 1919 that he met Lorenz Hart, another student at Columbia University with musical ambitions. Together, they worked on both compositions and ideas for a musical. However, they didn’t always get along. It wasn’t until 1925 that they completed their first successful musical, The Garrick Gaieties. After that, the two continued to make music together, and in the early 1930’s, the team moved to Hollywood. While in Hollywood, they wrote scores for a few movies, before moving to New York in 1935. There, they continued to write movie scores. Some of the movies they wrote scores for include Too Many Girls, By Jupiter, and Babes in Arms. The two continued to work together until 1943 when Lorenz Hart died.

Shortly before Hart’s death, Richard Rodgers began to speak with another great artist in the music industry, Oscar Hammerstein. The pair produced their first musical in the same year that Hart died, called Oklahoma! The two wrote a number of both Broadway and Hollywood’s most famous musicals. They won dozens of awards together as well. The pair only stopped working together with Hammerstein’s death in 1960.

Richard Rodgers began to work alone after Hammerstein’s death. He produced his first solo musical, No Strings. He continued to write musicals and make musical scores for movies during his solo career. He continued to work in music until his death in 1979.

Throughout his career, he composed almost 1000 songs and 43 musicals. Some of his famous musicals are listed below.

Throughout his musical career, Richard Rodgers won several awards for both his film scores and musicals. He even had one award, the Richard Rodgers Award, named after him. Some of his most prestigious awards are listed below.

Richard Rodgers married a woman named Dorothy Feiner in 1940. Together, the couple had two children together: Mary and Linda. Mary grew up to be a writer and composer. Two of Rodgers’ grandchildren, Adam Guettel and Peter Melnick, also grew up to be composers.

Richard Rodgers was diagnosed with cancer in his jaw and teeth in the late 1950’s. In the early 1970’s, he was also diagnosed with throat cancer. With both cancers, he faced surgery and medication. During this time, Richard Rodgers was also suffering from depression and alcoholism. He passed away (from cancer) on December 30, 1979, in New York City, New York. He was not buried but cremated. The location of his ashes has been kept a secret from the public.