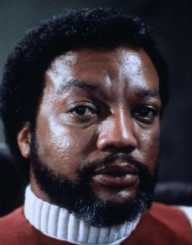 Paul Winfield was born on May 22nd, 1939. His place of birth was in Los Angeles in California. He rose to become a famous American actor who majored in theaters, films, and successful TV career. He is to be remembered for notable roles that he placed including the role of Martin Luther King, Jr, Thurgood Marshall, and Roy Campanella. Some of the works that earned him high acclaim include Sounder, King, The Terminator, Star Trek: The Next Generation and Star Trek II: The Wrath of Khan.

Paul Winfield was born on May 22nd, in 1939. His mother was called Lois Beatrice Edwards. She worked in the garment industry as a union organizer. Winfield lived with his stepfather right from the time he was eight years old. His stepfather was called Clarence Winfield. He worked in the construction industry and was also a trash collector. Paul Winfield went on to school at Manual Arts High School. After graduating from the institution, he enrolled with the University of Portland in 1957 and changed schools in 1959. This was followed by a series of other institutions that he attended including Stanford University, Los Angeles City College, University of California, Los Angeles, University of Hawaii, and finally University of California, Santa Barbara.

Paul Winfield was a lifetime member of the drama school called The Actors Studio. He worked on gaining recognition in both the film and the TV industry at a period when racism affected people from the black race. He made his on-screen debut in 1965 in the TV series called Perry Mason. It took him four years to achieve his first major role in the film industry. This was his role in The Lost Man-1969. On TV he earned high recognition following his role in the series dubbed Julia. During this time, he starred alongside Diahann Carroll for a couple of years. In 1978 he landed on another crucial role that brought him to the spotlight with the TV series King. He was playing the lead role of Martin Luther King, Jr.

In the film industry, Winfield was performing well as he was bestowed with an Academy Award in 1973. This was after his remarkable role in the hit film Sounder- 1972. In this film, he had played alongside Cicely Tyson who also got an academy nod for best actress.

Winfield gained new audiences following his role as the captain in the film and TV series for Star Trek II: The Wrath of Khan. He also featured Lieutenant Ed Traxler in The Terminator while playing alongside Arnold Schwarzenegger. Other works that he featured in include Mars Attacks!,Star Trek: The Next Generation, The Charmings, Mike's Murder,
His voice-over role also earned him recognition with notable roles in Spider-Man, Happily Ever After Fairy Tales for Every Child, The Magic School Bus, Batman Beyond, K10C, Gargoyles and The Simpsons.

Paul Winfield had a man to man relationship with Charles Gillan, Jr. In spite of being gay, he did not expose this to the public. They spent 30 years together before Charles passed away in 2002 as a result of bone cancer.

Paul Winfield suffered a heart attack which led to his death on March 7th, 2004. He was aged 64 years when he died.