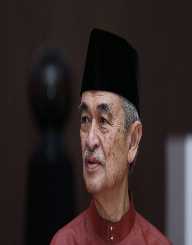 Abdullah  Ahmad Badawi is an astute Malaysian politician and a former Prime Minister of Malaysia. Born on November 26, 1939, Abdullah  Ahmad Badawi first served as the Member of Parliament for Kepala Batas from 1978 to 2013 before being appointed as the Deputy Prime Minister in 1999 after Prime Minister Mahathir Mohamad had dismissed Anwar Ibrahim. Abdullah later became the prime minister of Malaysia from 2003 to 2009. As the President of the United Malays National Organization (UMNO) which is the largest political party in Malaysia, he led the governing Barisan National parliamentary coalition. Abdullah  Ahmad Badawi stepped down after the UMNO General Assembly on April 1, 2009, for his successor Najib Razak. For his service to the nation, King Mizan Zainal Abidin conferred on him the title Tun.

Abdullah  Ahmad Badawi resigned from civil service in 1978 to contest and won the parliamentary seat for Kepala Batas in northern Seberang Perai. During his tenure of office, Abdullah  Ahmad Badawi was appointed Minister of Defense in the Prime Minister Mahathir UMNO administration but lost post after an inside political struggle which divided the UMNO into two camps i.e the Mahathir loyalist on one side and the former Minister of Finance Tengku Razaleigh Hamzah and former Deputy Prime Minister Musa Hitamloyalist on the other side. Abdullah was on the side of Musa Hitam who was his political mentor. Tengku Razaleigh Hamzah later formed political party Semangat 46, but Abdullah did not join and chose to remain with UMNO.

Abdullah  Ahmad Badawi was however brought back into the Mahathir cabinet as Minister for Foreign Affairs after a reshuffle in 1991, a position he would hold until 1999. Abdullah had previously in 1988 being made the vice president of UMNO and retained the vice presidential seat in 1990 but lost it in 1993. After the dismissal of the then prime minister, Anwar Ibrahim in 1999, he was appointed the Deputy Prime Minister of Malaysia and Minister for Home Affairs.

Abdullah  Ahmad Badawi also promised to revive the agricultural sector. During his first general election in 2004, he led the coalition Barisan Nasional to sweep 198 seats out of the 220 parliamentary seats. This landslide victory was associated with his determination to rid off corruption out of the system and his posture towards a moderate Islam society. During his tenure, he also improved sectors like security, economics, and foreign policies.

Abdullah  Ahmad Badawi contested and won the 2008 general election but with great loss of seats. Abdullah  Ahmad Badawi had a reduced majority losing some of the richest states to the opposition. This situation created discounted among the ranks of the UMNO with many asking him to step down because of the abysmal performance in the election. Abdullah Ahmad Badawi, however, vowed to continue to pursue his manifesto promises despite the political turmoil. The cry for his resignation heightened with key figures in his party like former Prime Minister Mahathir even though his deputy pledged an unflinching support for his boss.

Abdullah Ahmad Badawi nonetheless went on to announce his cabinet after been sworn in for his second term in March 2008. This time he dropped almost half of the ministers in his previous administration in his 68 appointments. As the pressure of his resignation kept rising, he gave in to the demands and subsequently announced on July 10, 2008, to step down both as Prime Minister and President of the UMNO in June 2009. On April 2, 2009, Abdullah  Ahmad Badawi fulfilled his promise and handed his resignation letter to the Yang di-Pertuan Agong. His deputy, Najib was then sworn in as the Prime Minister a day after. Abdullah  Ahmad Badawi returned to his constituency Kepala Batas as the Member of Parliament.