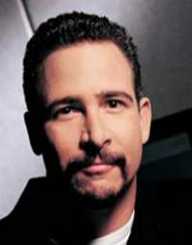 James Philip Rome is an American sports talk personality and host of The Jim Rome Show. Born on October 14, 1964, he is known for his boisterous and aggressive style of presentation. Jim has made a name for himself as one of the topmost sports talk show hosts in the US. Jim hosted The Jim Rome is Burning (formerly Rome Is Burning), which broadcast in the United States via ESPN and in Canada on TSN2.

Jim Rome left ESPN in 2011 to join CBS Network for his talk show. He also hosts an interviewing show on the Showtime channel. Jim was the host of the television sports talk show, Rome, on CBS Sports Network from April 2012 to March 2015. He has previously hosted shows including Talk2 on ESPN2, the Last Word on Fox Sports Net, and The FX Sports Show on FX.

James Philip Rome was born on October 14, 1964, in Tarzana, California. His family loved sports and had season tickets for the Los Angeles Kings hockey team. His parent’s nurtured his love for sports at his early age. He received education from Calabasas High School, graduating in 1982. He then enrolled at the University of California, Santa, Barbara, where he earned a degree in Communication in 1987.

Jim Rome started his broadcasting career while at the University of California, Santa Barbara at the college’s radio station KCSB-FM. He also acted as sports director for a quarter. He also worked at the news station, KTMS in Santa Barbara. He later moved to San Diego to work at XTRA Sports 690 in 1990. It was during this period that he started the program now known as The Jim Rome Show, or “The Jungle.”

His loud and blunt persona when hosting the show gained him lots of listener with the show gaining popularity. He rose to fame when he released the album Welcome to the Jungle in 1998, featuring soundbites and music from his show.

In 1993, Jim Rome ventured into television as the host of Talk2 on ESPN2 channel. His interview with NFL quarterback Jim Everett on the show in 1994 created a huge controversy about his line of questioning. He had previously referred to Jim Everett as Chris (Chris Evert was a tennis player), implying that Everett acted like a woman when he shields away from being hit. Everett appeared on the show, and unrepentant Rome continued addressing him as Chris, which provoked Everett to overturn a table between them, landing Rome on the floor on live TV. Rome later made a public apology to Everett, has termed the incident as one of his career mistakes.

From 1997 through 2002, Jim Rome served as host of The Last Word on Fox Sports Net. He returned to ESPN in 2003 as the host of Rome Is Burning, which became Jim Rome Is Burning, but continued hosting his weekly morning radio show syndicated on Premiere Radio Networks. He left ESPN in January 2012 and joined CBS Sports Network channel to host the daily show, Rome, and the weekly program, Jim Rome on Showtime.

Jim Rome is a horseracing enthusiast, which seems to have resulted from his several interviews with Hall of Fame jockey Kent Desormeaux. He, therefore, took in possession Thoroughbreds. Rome and his wife bought a stake in a two-year-old colt in 2008. As of 2012, he either was a part owner or owned all 14 horses in connection with multiple partnerships including his stable, Jungle Racing, LLC and his interest is horseracing keeps growing.

Jim Rome married Janet Rome in 1997. The couple met while working together at XTRA. They have two children Jake and Logan Rome.