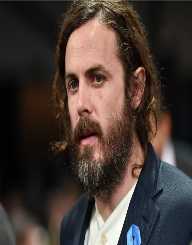 Casey Affleck is an outstanding actor famously known for his role in ‘The Assassination of Jesse James by the Coward Robert Ford’ and ‘Manchester by the Sea' films. These films earned him more than 40 awards and nominations.

Casey Affleck is a son of parents Christopher Anne and Timothy Byers Affleck, born on August 12, 1975, in Falmouth Massachusetts. His mother Anne worked as an elementary teacher, while his father specialized at irregular intervals as an auto mechanic, carpenter, and gatekeeper at Harvard University.

However, during Affleck’s birth, his father was an alcoholic and later at the age of nine, his parents divorced forcing him, and his brother, Ben to live with their mother and got regular weekly visits from their father.

At the age of 10, he made visits to Mexico with his mother and brother, where he learned Spanish. When he was 14 years, his father moved to rehabilitation in California where he later worked as an addiction counselor. Casey Affleck studied at Cambridge Rindge and Latin School where he played several roles in acting.

At the age of 18, Casey Affleck decided to pursue a career in acting in Los Angeles. During this time, he filmed, ‘To Die For’ and decided later to join Columbia University in New York where he pursued politics. However, he never finished his studies due to numerous opportunities in his acting career.

Casey Affleck performed as Kelvin Bacon’s brother in a television movie entitled, ‘Lemon Sky’ in 1988. Two years later, he played a role as Robert Kennedy in an ABC miniseries titled, ‘The Kennedys of Massachusetts.

While he was staying in Los Angeles, Affleck played a role as a sociopathic teenager in a comedy titled, ‘To Die For,' performance which received positive critics. During 1996 period, Affleck participated in the drama, ‘Race the Sun’ which he filmed while continuing with his studies.

After he joined Columbia University in 1997, Casey Affleck played a supporting role in ‘Good Will Hunting’ written by his brother alongside their childhood friend, Matt Damon. This movie received critical and commercial success followed by a role in ‘Chasing Army’ where Affleck starred alongside his brother.

Notably, Affleck left the university to focus on his acting career which followed critical and commercial failures. In 1998, he starred alongside Kate Hudson in an independent comedy, ‘Desert Blue.’ A year later, he played like a punk rocker in New Year’s comedy, ‘American Pie’ and a teen comedy titled, ‘American Pie.'

In 2000, Casey Affleck played a shy garden suspected of murder in the comedy ‘Drowning Mona’ and had a small role in the comedy, ‘Attention Shoppers’ and ‘Hamlet.' He enjoyed his role in ‘Finding Forrester’ where he worked alongside, Harris Savides and Van Sant.

In 2001, he performed in the comedy, ‘Committed’ with roles in ‘American Pie 2’ and ‘Soul Survivors.’ He also earned commercial success in Steven Soderbergh’s comedy ‘Ocean’s Eleven’ and starred in ‘Gerry’ a Van Sant’s experimental drama in 2002. Additionally, he starred in a stage production of Kenneth Longman’s titled, ‘This Is Our Youth.’

Later on, Casey Affleck reprised his role in ‘Ocean’s twelve’ in 2004 followed by ‘Ocean Thirteen’ in 2007. In 2006, he played a lead role in an independent comedy-drama, ‘Lonesome Jim’ and had supporting roles in a romantic comedy, ‘The Last Kiss.'

Commendably, in 2007, he performed in a western drama, ‘The Assassination of Jesse James by the Coward Robert Ford’ which received positive reviews and nominations. He also played in ‘Gone Baby Gone’ followed by ‘I’m Still Here’ in 2010.

In 2013, Casey Affleck performed ‘Aunt Them Bodies Saints’ and played supporting roles in s science fiction film, ‘Interstellar’ in 2014. As at 2017, he has participated in an experimental drama, ‘A Ghost Story,' starred in ‘Light of My Life’ and an outlaw show, ‘The Old Man and the Gun.’

Casey Affleck married an actress, Summer Phoenix, on June 3, 2006, and had two sons. However, they announced their separation in March 2016 and started dating actress Floriana Lima. A divorce petition is underway, officially filed by Phoenix.

Casey Affleck made excellent performance in, ‘The Assassination of Jesse James by the Coward Robert Ford.’ Later, he received positive reviews and nominations for Golden Globe Award, Screen Actors Guild Award and an Academy Award for Best Supporting Actor.

In 2016, he performed, ‘Manchester by the Sea’ which earned him a National Board of Review, Critics’ Choice, Golden Globe, BATFA, and Academy Award.