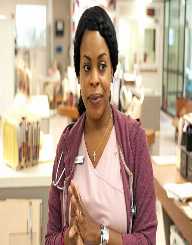 Niecy Nash is an American actress, model, producer and comedian who was born on 23rd February 1970. She is an Emmy, award nominee. In 2010, Nash won the Emmy Award for best producer for her home improvement series “clean house.” She also does raw comedy and starred in “The Soul man Comedy.” By and large, she had a leading role in the FOX horror-comedy series,“Scream Queens.” She is the lead actor in the latest TNT series “Claws.”

Nash was born in Compton California. She was living with her mother and brother. Her mother once got into a heated argument with her boyfriend who consequently shot her. Although she survived, she got into a deep depression when her son was shot and died on the spot in 1993. Nash kept on cracking jokes to make her mum to make her laugh and at least lift her spirit. It worked, and her mother would even sit on the bed to watch her dance. It was then she realized that she could make a crowd laugh. Her comedy career started then.

The television appearances of Lola Falana inspired her to start her acting career. In several interviews, Nash admitted that was the beginning of her destiny. At the age of five, she swore to herself that she would be black fabulous and on Television. Notably, she attained her Bachelor of Arts at the California State University.

Nash made her professional acting debut in 1995 on the “Boys on the side “film. She was the guest star in NYPD Blue, judging army, Reba, girlfriends, Crime Scene Investigations and ER. In 1999 she acted in “The Bachelor” movie as an African American bride and a year later, she played a recurring role as Eveline Walker in “The City of Angels” TVs show.

In 2001 she featured in the “One on One” and Judging Army Television shows followed by her role as Maha in the “Reba,” Lashelle in “Girlfriends” and Renatta in “Crime Scene Investigations’’ in 2002. From years 2003-2004, she voiced the animation “Kids Notorious” TV show and also played in the “Malibu’s most wanted” movie.

Additionally, in 2004 Nash was on “The Monk” TV show. Between the years 2003 and 2005 she was on “The Bernie Mac Show.” In 2007 she starred as Deputy Rainessha Williams in the movie “Reno911”. In the same year, she acted as Jacuzzi in “The cleaner” movie. Currently, she provided the voice for "the American Dad.”

In 2008 she featured Rhonda in “Do not disturb” TV show. In 2009 she acted as a flight attendant in “The Proposal” movie. Between 2009- 2017 she has appeared in several reality shows such as 'Celebrity Wife Swap,' ' Family Game Night,' 'The Insider TV show,' 'On The Red Carpet,' 'Celebrity Family Feud' and 'Chelsea' show.

In 2010 Nash provided the voice for 'The Cleveland Show.' In the same year, she featured Charleen in “The Gary Unmarried” TV show. In 2010-2013 she was in the “Good Morning America” TV show.

In 2011 she hosted “Way Black When” TV show which was meant to appraise all the black women who are still thriving despite the challenges. In the years 2013-2015 she guest appeared on the “Wendy Williams Show’’, and on “The Queen Latifah Show” alongside Gavin De Graw.

In 2014, Nash joined the “Rachael Ray” TV show to answer the audiences mix-up about a relationship issue. In 2015- 2016, She hosted the television show “Access Hollywood Live.” She was also a panelist in “The Nightly Show” alongside the famous Larry Wilmore.

In 2016 she starred as Lolli Ballentine in “The Soul Man” TV show. In the same year, she acted as Debbie in the “Brooklyn Nine-Nine.” In 2017, she is starring the hilarious and intriguing TNT series “Claws” as Desna Simms In 2017 Nash has been featured “The strength of a woman” music video by Mary J. Blige. Nash has been hosting the Home makeover show” Clean House” since 2010 to the present (2017).

Nash sat on the “2015 Miss Universe” judge’s panel which was hosted by Steve Harvey. She is the president of Mothers Against Violence in Schools (MAVIS). M.A.V.I.S Champions to bring into the limelight the violence that children face in school. It was founded by her mother after her son was shot and killed at the campus.

In 2013 Niecy Nash wrote relationships guidebook “It’s hard to fight naked” published in August 2014. It’s fun and a delighting guide to matters of the heart.

Nash has starred the TNT series “Claws” released in June 2017. She is center stage as Desna who is trying to climb the ladder by laundering money for a drug cartel. She is also striving to come to terms with what she emotionally challenged brother went through in their second foster home.

Nash has supported some real charities such as American Heart Association which caters to patients with heart problems and need surgery. Also, she is involved with American Stroke Association, Cancer Research Institute which supports cancer patients and creates awareness on cancer prevention methods. Not forgetting her involvement in Farrah Fawcett Foundation and Save the Music Foundation among others.

Nash married Don Nash for 13 years with whom they sired three children Dominic, Donielle, and Dia. Nash and Don Nash had several disagreements about her acting career, especially whenever she went for auditions. Nash mentioned in an interview with the New York Times that she would carry the children to a test and put them on call-backs in a corner until she finished. They officially divorced in 2007. In 2011, Nash married Jay Tucker after an eight-month engagement as her sec