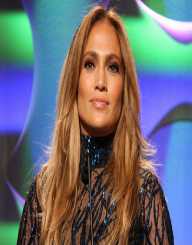 Jennifer Lynn Lopez AKA Jennifer Lopez was born on July 24th, 1969. She is a phenomenal entertainer in today’s world not only for her music but also for her alluring role in the film industry. Her career took off after dancing in the show called In Living Color. One of her first leading roles was when she featured in Selena. The acclaimed film earned her a Golden Globe Award.

Venturing into music, Jennifer Lopez was a born singer and dancer as she rose to the pinnacles of success. She earned her popularity in music while still making sure that she featured in some roles in the movie industry.

Jennifer Lopez was born on July 24th in 1969. She was born in The Bronx, New York. She is the second born child of David Lopez and Guadalupe Rodriguez. At the age of five, her parents had already enrolled her in dancing classes. When she was old enough to go to school, she went to Preston High School. During the final periods of her high school education, she managed to land a role in My Little Lady-1986. This was a low budget film.

After high school, Jennifer Lopez enrolled for her higher education at Baruch College. However, she did not go all the way to graduation as she soon dropped out of school to pursue her acting career. Her parents were not happy with the career path she was taking. This made her leave her home while she was still young and moved to Manhattan.

Jennifer Lopez's career began with dancing. She appeared in music videos as well as dancing in stage musicals. In 1990, Lopez emerged victorious in a national dancing competition. This earned her recognition, and soon she was dancing for Fox comedy show named "In Living Color."

Several minor film roles followed suit such as Nurses on the Line: The Crash of Flight 7- 1993. Two years later, she featured in the highly acclaimed movie of 1995, My Family. The same year, she played alongside Woody Harrelson and Wesley Snipes in the action movie, Money Train.

Jennifer Lopez’s turning point came in 1997 after casting in Selena. This film was a biographical movie featuring the true story of Selena Quintillana Perez. Her outstanding performance was globally recognized, and she went on to part of the Golden Globe nominees.

In addition to such acclamation, she became one of the highest paid actresses with her one million dollar paycheck. In April the same year, she featured in Anaconda, a horror film. Among the cast, she played with Jon Voight and Ice Cube.

Jennifer Lopez's music career was a smash right from the beginning. Her first album, On the six, was released in 1999. The album went platinum in two weeks time. This was attributed to the success of the single "If You Had My Love."

A year later, "Waiting for Tonight," was her second major hit in the music industry. This made her part of the nominees for Best Dance Performance. Sadly, she lost the challenge as diva Cher won the award. Along with her growing success in her music career, Lopez also continued to feature in films such as The Cell and Enough.

In 2001, Lopez’s music and film career were at its best as her album, J. lo hit No. 1 on the charts. Simultaneously, The Wedding Planner, a romantic comedy with Lopez as the lead actor was released. The movie was a commercial success and made Lopez the first woman to publish a No. 1 album and a hit movie at the same time. A year later, Lopez starred in yet another romantic comedy, Maid in Manhattan.

In 1997, Jennifer Lopez tied the knot to a Cuban actor named Ojani Noa. This relationship did not last a year as the couple later divorced in 1998. In 2001, she wedded for the second time to Cris Judd after which she filed for a divorce in 2002. Two years later she married Marc Anthony, and they had twins together. In 2012, they divorced. Later on, she went ahead and dated one of her backup dancers named Casper Smart.