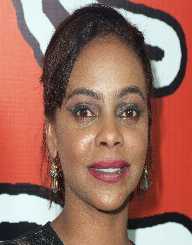 Lark Voorhies is an American singer, model, actress and spokeswoman born on March 25th, 1974. She is best known for her role in Saved by the Bell television series. She was cast in the series as Lisa Turtle. The talented actress was only 12 years old when she made her debut appearance in the national TV commercial. Lark has also had roles on The Bold and the Beautiful and Days of Our Lives soap operas. Besides acting, Lark Voorhies has also authored books including True Light, Reciprocity, and Trek of the Cheshire.

Lark Voorhies was born on March 25th, 1974. Her place of birth is in Nashville, Tennessee in the United States.  She is the daughter of Tricia Holloway and Wayne. The family relocated to Pasadena, California when Lark was two years old.

In 1987, Lark Voorhies was cast in Good Morning, Miss Bliss as Lisa Turtle. This marked the beginning of a successful career for her. The program was revised later to become Saved by the Bell. It aired between 1989 and 1993. She won two Youth in Film Awards for her role in her first role in Good Morning, Miss Bliss. Also, she received other Youth in Film Award nominations.

After her role in the film, she also appeared in some many soap operas and television sitcoms. In 1993, she featured in Days of Our Lives as Wendy Reardon. From September 1995, she also appeared in The Bold and the Beautiful. In the soap opera, she was cast as Jasmine Malone. In the same year, Lark was also cast in "Life Support" episode of the Star Trek: Deep Space Nine. She also starred as a guest in "Home Sweet Home," season 6 episodes of Family Matters.

In 2001, Lark Voorhies was featured in the film How High as a Harvard student, Lauren. This was a major role for the talented actress. She also appeared in The Next Hit in 2008 where she acted the role of Ana Smith.

Lark Voorhies has featured in many music videos throughout her career. She appeared in “Never Too Busy” by Kenny Lattimore. Also, she played the girlfriend of Wanya in "On Bended Knee" music video by Boyz II Men.  Lark appeared in “Somethin' for the Honeyz" by Montell Jordan as well as "These Are the Times" by Dru Hill.

Lark Voorhies was in a relationship with Mark Paul Gosselaar for a while. Later, in 1993, she got 3engaged to be married to the actor Martin Lawrence. However, the following year, the engagement was called off.

In 1996, she exchanged wedding vows to Miguel Coleman just to divorce in 2004 following their separation in 2001. Later in April 2014, she tied the knot once again, this time to Jimmy Green, a music engineer. Six months later, in October 2015, Green filed for a divorce.