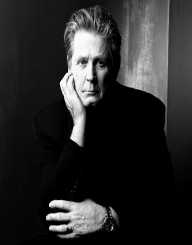 Brian Wilson was the former frontman for the Beach Boys and a songwriter.

Brian Douglas Wilson was born on 20th June 1942 in Inglewood, California. He was the eldest of three sons to Audree Neva and Murry Wilson. The family moved to Hawthorne, California when he was two.

Brian Wilson parents played the piano, and father Murry was a songwriter. A few years later, Brian was found to have hearing loss in his right ear, cause unknown. Brian and his younger brothers were subject to their father’s physical and mental abuse at home, while their mother was an alcoholic.

Brian Wilson attended Hawthorne High School and was a quarterback on the school’s football team. He played baseball and ran cross- country. Brian performed at school functions, usually with his brothers.

He often sang high tenor. For his sixteenth birthday, he received a Wollensak tape recorder, a new tool to help him experiment with songs and group vocals. He was obsessed with singing harmonies, and harmonious blend in song, such as in the Four Freshmen.

Brian Wilson studied psychology at the El Camino College, meeting classmate Al Jardin in 1960. He dropped out of college without an Associate of Arts degree, as he was one semester short.

While at El Camino, Brian signed up for music studies at the community college. He wrote Surfer Girl in 1961, his first all-original melody that was loosely based on another song. The demo was recorded in World- Pacific studios in 1962 but was not released until the next year.

Brian Wilson with his brothers Carl and Dennis, cousin Mike Love and Al Jardine formed a group, calling themselves the Pendletones in 1961. Murry Wilson was their manager and trainer.

Surfin was their first album; Hite and Dorinda Morgan recorded it, the album was released via Candix Records label in 1957. However, Candix Records changed the name of the band to Beach Boys, without consulting or permission. After Candix sold their master recording to another label, Murry terminated the contract. Capitol Records agreed to release their single Surfer Girl and 409.

The Beach Boys released Surfin USA single in 1963 with Capitol Records, which the group had recorded outside of the label. Brian Wilson managed to fight for the right to produce the songs himself but was uncredited.

Their album surfer girl was released the same year, with Brian named as the producer. Brian Wilson, He was the producer and the guitarist after David Marks resigned from the band.
Brian had to tour the States with the Beach Boys. Hence he had less time in the recording studio.

Brian Wilson continued to tour, and he was ordered by his father Murry to stop collaborating with other artist and to focus on Beach Boys. Until the failure of his mental state, Brian wrote songs and produced for the Beach Boys, as well as performing in some of the tours.

The Fall Of Brian Wilson

Brian Wilson suffered mentally and emotionally, having to perform for The Beach Boys' tours and stage fright. After a panic attack in 1964, Brian was replaced by Glen Campbell temporarily as they find a replacement in Bruce Johnston.

Later in the year, Brian Wilson friend Lorren Daro gave him cannabis to help relieve stress. Using marijuana helped him to complete another album in 1965. Then he graduated to LSD,  which he became addicted to, and suffered side effects from it.

Drug use deteriorated Brian Wilson mental state and stress, by the mid-1970’s he was Wilson’s substance abuse and deteriorating psychological state led his family to enlist the help of psychologist Eugene Landy in 1975.

While Eugene Landy was successful in helping Brian with his drug addictions, and make him more productive, Eugene also exploited Brian’s dependency. In 1991, Brian’s brother Carl sued, and Eugene Landy lost his practicing license in California, as he had been using psychotropic drugs illegally on Brian.

After Eugene Landy, Brian’s mental state recovered sufficiently for him to return to music. In 1988, he released his solo debut album via Sire Records. It was nicknamed Pet Sounds’ 88 after his famous Beach Boys album Pet Sounds.

Followed by a break and court cases, Brian Wilson released two albums simultaneously in 1995. The first album was a soundtrack for a documentary I Just Wasn’t Made for These Times, a biopic of Brian Wilson and the Beach Boys. His second album was Orange Crate Art, where he was the lead singer.

In 1999, Brian Wilson conquered his stage- fright to perform in his first solo tour., the first of many. Brian Wilson has thirteen solo albums. He also appeared in television and films, usually as himself.

As Brian Wilson contracts stipulate he cannot separate from the Beach Boys, Brian has had some involvement in Twentynine Beach Boys albums, and seventy- one single. Brian is still working and is considered as one of the most significant songwriters in the history of pop.

Bran Wilson s first girlfriend was Judy Bowles, whom he dated in Summer of 1961, she was the inspiration for Surfer Girl. The pair broke up in 1963.  He married Marilyn Rovell in 1964; they have two daughters together. Carnie and Wendy, both a part of the Wilson Phillips band. The couple divorced in 1979, as Brian’s mental health was deteriorating.

Brian Wilson married Melinda Ledbetter in 1995, which he dubbed gave him emotional security.  Since 1999, she is Brian’s manager. They have five children together, mostly adopted

Brian Wilson won Grammy Awards twice, one for Best Rock Instrumental Performance in 2005, and in 2013 for Best Historical Album. He won Golden Globe Award for Best Original Song in 2015. In 1988, he was inducted into Rock and Roll Hall of Fame as a member of the Beach Boys. Brian also awarded an Honorary Doctorate of music from Northeastern University in Boston in 2013.

Brian Wilson went to the Queen’s Jubilee as the only American rocker, alongside Sir Paul McCartney and Eric Clapton. He was invited to charity concerts such as landmine benefit and cancer research in 2008.

Recently, Brian Wilson partnered with The Campaign to Change Direction, to help change the culture of mental health in America.