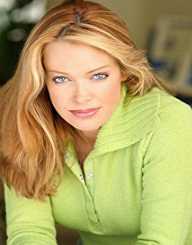 Nancy Kelly was one of the first famous child actresses in the world. As she grew up, she took up acting as a career and gave many successful films. She is most famous for her role as Christine in the 1956 film The Bad Seed.

Nancy Kelly was born into a family associated with acting on March 25, 1921. Her birthplace was Lowell, Massachusetts, USA. She was born to Ann Mary Kelly, a silent film actress and John Augustus Kelly, a real estate businessman.

Kelly took up acting right from her childhood, with her mother managing her career. Her pretty looks and cute voice made her a hit among the Americans, and she was highly sought after by the media. She received the attention well and developed into an excellent artist both in films and theater.

Nancy Kelly had an incredible career full of accomplishments and awards. She started as a child actress and had lead roles in hit films in her adulthood. In her later career, she mainly performed as a character actress. Kelly was also actively involved in theatre and radio.

As a child, Nancy Kelly appeared in several commercials. By the time she turned 17, she had appeared in more than 50 films. A few famous ones include Submarine Patrol, Tailspin and Stanley, and Livingstone. In 1934, at 13 years of age, she voiced Dorothy Gale in The Wizard of Oz. She had great vocal variety and could perform both female and male parts on the radio. As an adult actress, she appeared in the 1939 film Jesse James for which she received critical acclaim.

Nancy Kelly was a famous star in the 1940s. She appeared in over 27 films during the period. Some of the most successful films of this period include Scotland Yard, A Very Young Lady, Parachute Battalion, Tornado and Women in Bondage. She also maintained an active stage career during this time.

In the late 1950s, Nancy Kelly transitioned from lead roles into playing as a character actress. Her performance continued to impress though. She had one of her most famous roles in the 1956 movie The Bad Seed, where she portrayed the suicidal mother whose daughter was a sadistic killer.

Nancy Kelly was nominated for several awards during her career. For her role in The Bad Seed, she won an Academy Award Nomination. She won the Sarah Siddon Award twice and a Tony Award for playing Christine. Kelly got a star on the Hollywood Walk of fame in the year 1960.

In the later years of her life, Kelly was suffering from a severe form of diabetes. She died from the disease on January 2, 1995, at 73 years of age.

Nancy Kelly had three failed marriages. Her first marriage to actor Edmond O’Brien in 1941 lasted only a year. In 1946, she remarried. This time to director Fred Jackson Jr.; the couple separated after five years in 1950. Her third and final marriage was to Warren Caro in 1955. They stayed together for 13 years and had a daughter Kelly Lurie before separating in 1968.