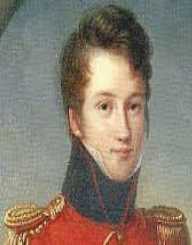 Alfred de Vigny, French poet, playwright, and novelist, was born on 27 March 1797 in Loches, France. He hailed from an aristocratic family, but as was the case with most of the families, the French Revolution took its toll and diminished the family fortune. His father Léon Pierre de Vigny was a war veteran who had fought the Seven Year’s War. At the time of Albert’s birth, his father’s age was 60 years. He died before Alfred’s 20th birthday. His strong-minded mother, who was 20 years younger than his father, took care of his upbringing and education.

Alfred de Vigny was brought up in Paris and attended the École Polytechnique at the Lycée Bonaparte for his initial studies. He learnt about French history and Bible during his academic sojourn but quickly developed the passion for the glory of bearing arms, a common trend among the young men of his generation. As a young boy, he always wanted to pursue a career in the army.

Being a member of an aristocratic family, Alfred de Vigny had little difficulty in enrolling himself as a second lieutenant in one of the privileged aristocratic companies of the Maison du Roi (king's guard). It was in the year 1814 that he became the second lieutenant and by 1822, he was promoted to the post of the first lieutenant followed by the position of Captain in the following year. But the peacetime garrison duty of the army personnel extremely disenchanted him.

Disillusioned and bored with the military profession at the time of peace, Alfred de Vigny channelized his focus, attention, and energy towards his other passion - writing poems. He had already published his first poem ‘Le Bal’ as early as in 1820 and another one by the name of ‘Eloa’ in 1824. Eloa was an aspiring portrayal of the popular romantic theme of redemption of ‘Satan’ in the form of a narrative poem.

After taking prolonged and repetitive leaves of absence from the army, Alfred de Vigny finally abandoned the profession in 1827. After settling down in Paris, he published a collection of his poems in January 1826. The collection was titled ‘Poèmes antique et modernes.’

Alfred de Vigny ventured into writing novels soon after that. Three months later, he came up with his first historical novel in French. The novel, ‘Cinq-Mars’ was based on the conspiracy of Louis XIII's favorite Henri Coiffier de Ruzé, Marquis of Cinq-Mars, against the Cardinal de Richelieu. Both his collection of poems and the novel found popularity among the readers and Alfred was on the verge of becoming a rising star on the horizon of French Romantic movement.

An English Theatre group visited Paris in 1827. The visit rekindled French people’s interest in Shakespeare. Alfred de Vigny had always displayed a keen interest in Shakespeare’s romantic work. He, along with Emile Deschamps, worked on a translation of ‘Romeo and Juliet.’ He went on to adapt ‘Othello’ and ‘The Merchant of Venice’ in his imitable style confirming his stature as the literary leader of the Romantic Movement in France even more firmly.

In 1831, Alfred de Vigny presented his first original play ‘La Maréchale d'Ancre,’ a historical drama narrating the incidents leading up to the reign of King Louis XIII. In 1835, Alfred produced a drama called ‘Chatterton.’ It was based on the life and early tragic death of English poet Thomas Chatterton. The drama is considered to be one of the best French romantic dramas and is still performed regularly. The story of Chatterton inspired Alfred's philosophical novel 'Stello' (1832).

Alfred de Vigny wrote a book about military life titled ‘Grandeur et servitude militaires’ (1835). The book narrated the story about military life, their dedication, their sufferings and how they still maintain the highest standards of dignity and perform their duties in spite of all odds. After repeated prolonged unsuccessful attempts, he finally became a member of the Académie française in 1845 when he was elected to it.

In the later years of his life, Alfred de Vigny altogether stopped publishing his work. But he continued his writing. Some of his unpublished works were later compiled and published posthumously.

In 1825, Alfred de Vigny married a young English girl named Lydia Bunbury. The marriage was solemnized in Pau and did not have the consent of her father. The marriage was not very successful. The relationship between Alfred and Lydia were not in the best of terms. The problem was compounded when Alfred found himself madly in love with famous actress Marie Dorval. He cast Marie as Kitty Bell in his iconic drama Chatterton and continued his love affair with her.

With the passage of time, Alfred’s wife Lydia became almost invalid. She was unable to develop any fluency in French, and the couple had no children. Alfred, in spite of his unhappy marriage and all the trouble of his personal life, continued to live with his invalid wife and cared for her until the very end.

During his early sixties, Alfred de Vigny developed a stomach ailment believed to be a case of stomach cancer. He died on 17 September 1863, in Paris after withstanding severe stomach pains during his last years. His death came within a few months of his wife’s death, and he was interred at the Cimetière de Montmartre in Paris beside his wife’s tomb.