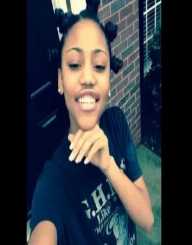 Nari Nicole White, better known by her stage name, Mini Barbie, was born on April 20, 2003, in Georgia, USA. She lived most of her life in Atlanta Georgia. She has four siblings. She has three sisters and one brother: Missy, Miya, Morgan, and Priest. Her brother also raps and goes by the stage name DJ Priest. She started to go by the name Mini Barbie when she was very young. Her mother nicknamed her that because she loved to play with Barbie dolls.

Named after her stage name, Mini Barbie’s YouTube channel is simply TheRealMiniBarbie. She claims to have been rapping since she was a toddler, but she didn’t start her channel on Youtube until she was nine years old. On her channel, Mini Barbie posts videos of herself performing raps and sometimes dancing. All of her videos put together have more than three million views and counting. She also has over 10,000 subscribers. Her channel is most popular with girls around her age. They love her family-friendly rap verses and her wonderful sense of style.

Her style is one of the things she is most proud of, but she doesn’t take all of the credit for herself. She says her mother helps her to achieve her great sense of style. As a child, she dressed very cutely, but as she has become a teenager, she is not very stylish. She often talks about her style and make-up in her videos.

Mini Barbie doesn’t work alone. She often has videos wich co-star her siblings and friends. They sometimes rap with her, or just play and have fun like kids their age should.

Mini Barbie appeared on season two of the reality contest show, The Rap Game, which airs on the Lifetime television network. Season two aired in 2016, making her about 12 years old when she on the show. Her young age did little to put her at a disadvantage, as her talent helped her to shine. Besides, many of the other contestants were young teenagers. Sadly, Mini Barbie did not win the game, but she won many fans along the way. Her time on the show gave her the exposure she needed to advance her young career. She learned may valuable rap tips on the game which she is sure to carry on in her career later in life.

With her experience on The Rap Game, she has worked with countless professional rappers. Mini Barbie has also released a few of her songs. Some of her original songs are Hol Up and Killing It. She is inspired by female rappers, like Nicki Minaj, and hopes to be like her one day.

Mini Barbie isn’t only popular on YouTube; she also has several other social media accounts. One of her most popular accounts is her Twitter account. Here, she has over 15,000 followers. She joined the site in 2011 and had been racking up more and more followers ever since. She posts mainly pictures of herself looking stylish. Her name for this site is Minibarbie03.

Mini Barbie also uses the popular app, Snapchat. On this app, people can post short videos (up to 10 seconds each) and pictures, that disappear in a day. She posts these things to her ‘story’, which her fans can see. Her username on this app is Vvs.nari.

Lastly, another popular account is her Instagram. Here, Mini Barbie mainly posts pictures, like she does on her other social media accounts. Her name on this site is Minibarbie12_.