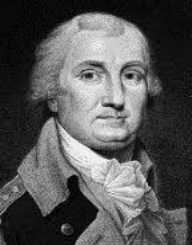 Charles Cotesworth Pinckney was an American statesman who served in the American Revolutionary War and became a member of the Constitutional Convention. Born on February 25, 1746, he twice contested for the United States presidency on the ticket of the Federalist Party in 1804 and 1808. A lawyer by profession, Pinckney won an election to the colonial legislature.

After the American Revolutionary War, he represented the people of South Carolina Low County. A delegate of the Philadelphia Convention in 1787, he was among the drafters of the federal constitution of the United States. He also played a vital role in South Carolina’s rectification of the United States Constitution. Pinckney served as the Minister to France under George Washington’s administration.

Charles Cotesworth Pinckney was born on February 25, 1746, in Charleston, South Carolina to Charles Pinckney and Eliza Lucas. His father became the chief justice of the Province of South Carolina, and his mother was a planter and agriculturist. His younger brother Thomas Pinckney would also serve as Governor of South Carolina and a US Representative.

Pinckney and his sibling moved with their parents to London where his father became the colony’s agent protecting the interest of South Carolina commercially and politically. Pinckney schooled in Westminster School and continued to Oxford University for his bachelor degree. In 1768, he studied law at the Middle Temple and called to the bar two years later. He, however, moved to France to study botany and chemistry.

Charles Cotesworth Pinckney played a vital role in securing the ratification of the Federal Constitution in the South Carolina Constitutional convention of 1787 alongside his paternal cousin, Charles Pinckney. Pinckney returned to his law profession after the Revolutionary War, becoming one of the most much-admired attorneys in South Carolina.

Pinckney was in opposition to the abolition of the slave importation with reason that South Carolina’s economy required the continual infusion of new slaves. He became politically powerful during that time due to his advocacy among the elite of the South Carolina Low country who dominated the state’s government.

Upon Pinckney’s return to the lower house of the South Carolina legislature, he and his brother, Thomas became significant political powers in the state.

President George Washington appointed Charles Cotesworth Pinckney as the Minister to France in 1796. After the appointment, he sought to present his credentials as a diplomat to France but was declined entry into the country with a directory of the unresolved crisis between France and Britain. It turned out that for France to meet with American delegates there would be a form of bribery that became known as the XYZ Affair. Pinckney was infuriated upon knowing this. He left for the United States to accept an appointment as a general for the Quasi-War with France.

Returning from France, Charles Cotesworth Pinckney joined the Federalist Party. Having much credibility in the military and political service, the Federalist Party had high hopes for Pinckney’s win in the1800 presidential election thereby nominating him as the vice president. Even Alexander Hamilton had tried making Pinckney presidential nominee instead of John Adams who was the Incumbent Federalist President. The Democratic-Republican candidate defeated them in the election.

In 1804, Pinckney was nominated as the presidential candidate under the ticket of the Federalist Party but this time with a little hope of winning. The Democratic-Republican candidate, incumbent President Thomas Jefferson won the 1804 election with 162 electoral votes with Pinckney obtaining 14 votes. Despite his popularity, military and political experience, he could not succeed in his home state, South Carolina. This was the first time in history a major party’s presidential nominee lost at his state. He became the president-general of the Society of the Cincinnati in 1805.

Charles Cotesworth Pinckney was for the second time chosen as Federalist candidate for the 1808 presidential election. Hopes were high for the Federalists as Britain and France waged war against Americans (Napoleonic Wars). With Pinckney's military experience, the Federalists believed Pinckney was the right candidate to led the party to victory in the 1808 presidential election. The Federalist won Delaware, and most of New England but Madison won a majority of the electoral votes. Later in 1813, Pinckney was elected as a member of the American Antiquarian Society.

Charles Cotesworth Pinckney was a member of the freemason at his home state; South Carolina, Charleston. In 1773, he married Sarah Middleton whose father was the second President of the Continental Congress. Sarah died 1784. Two years later, Pinckney remarried a Georgian, Mary Stead, from a wealthy family of planters in Georgia.

Pinckney was the president-general of the Society of the Cincinnati until 1825 when he died. Pinckney died on August 16, 1825, and was buried at the St. Michael’s Churchyard in Charleston, South Carolina.