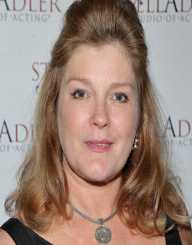 Kate Mulgrew was born on April 29, 1955. She is an American actress. She is known for her role in the series ‘Orange is the New Black’. She is an active member of the Alzheimer’s Association National Advisory Council. She is also a member of the Voice of Cleveland’s MetroHealth System.

Katherine Kiernan Maria Mulgrew was born on April 29, 1955, in Iowa. She was born into an Irish Catholic family. She was born to Thomas James Mulgrew II who was a contractor and Joan Virginia Mulgrew who was an artist and painter. She attended Wahlert High School in Dubuque. She later joined the Stella Adler Conservatory of Acting in conjunction with New York University, New York City. She left the university after one year. She worked as a waitress to fend for herself.

In 1998, Kate Mulgrew won the Saturn Awards for Best TV Actress for her performance as Janeway in ‘Star Trek.’ In 2007, she won the Obie Award for outstanding performance. She was awarded from Feminists for Life.

In 1982, Kate Mulgrew got married to Robert H. Egan with whom she has two children. The couple divorced in 1995. In 1999, she got married to Tim Hagan. The couple later divorced. In 1977, she realized she was pregnant while acting on ‘Ryan’s Hope.’ She gave up her daughter for adoption three days after she was born. She, however, started looking for her and found her in 2015. She is a Catholic. She is currently sixty two years old.