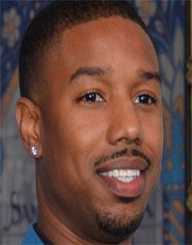 Michael Bakari Jordan was born 9th February 1987, to Michael A. and Donna Jordan. He was born in Santa Ana, California, in the United States. He has two siblings, an older sister, Jamila, and a younger brother, Khalid. His family moved to Newark, New Jersey when he was a child, and Jordan studied at Newark Arts High School.

Michael B. Jordan's career started as a child when he did regular modelling work, working for several different brands and companies. From there, he decided to pursue a career in acting. He debuted in 1999, on both television and film. His first role was in the film, Black & White. His first television roles were ad-hoc appearances on the programs Cosby and The Sopranos.

His first significant role in a movie was in 2001 when he starred in Hardball with Keanu Reeves. He followed this with the role of Wallace in The Wire, which screened on HBO. In 2003, Jordan won a role on All My Children. He was in 59 episodes which ran from 2003 to 2006.

Over the next few years, Jordan appeared in episodes of various well-known television series including Without a Trace, Cold Case, and Bones. He was also in several films, including Pastor Brown (2009), Red Tails (2012), and Chronicle (2012). In 2013, he starred in the movie, Fruitvale Station, and drew attention to his performance. He was nominated as an “actor to watch.”

Michael B. Jordan has been nominated for over 30 awards and has won 11 of them. His wins include a Satellite Award, a Gotham Award, and an African-American Film Critics Association Award.