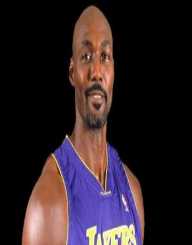 Karl Malone was born 24th July 1963, to Shedrick Hay and his mother, Shirley. He was born in Summerfield, Louisiana, in the United States. Karl Malone had eight brothers and sisters, and he was the youngest. His mother was a single parent, raising the children on a farm. His father married another woman, but committed suicide when Malone was just three.

Karl Malone studied at Summerfield High School, and for three years between 1979 and 1981, he led the basketball team to three titles. After high school, Malone enrolled at Louisiana Tech University and joined their basketball team in his second year.

Karl Malone entered the NBA through the 1985 draft. The Utah Jazz chose him as the 13th pick. In 1986 he ranked third in votes for Rookie of the Year and made the 1986 NBA All-Rookie Team. Karl Malone soon established himself by being the lead scorer in 24 out of 29 games played between February and April 1987.

In 1988, Karl Malone made the All-Star Game. He held a place in the team for 14 consecutive games.

During the off-season of 1988, he signed an $18 million-dollar, ten-year contract. The head coach, Karl Malone moved on to become team president, and Jerry Sloan took over as coach. He increased his scoring average for several years running, and throughout the 1990s maintained his high level of scoring. He got his team to the finals play-offs on several occasions, delivering success the club hadn’t previously known.

In 1996, Karl Malone re-signed with the Jazz. Although the Jazz dominated during the next couple of seasons, the title eluded them. Malone’s average started to fall, and the Jazz also began to slip away from title contention.

Karl Malone's final season saw him playing for the Los Angeles Lakers. He hoped to win an NBA championship, as it was the only title that he didn’t have. Unfortunately, despite his best efforts, the team didn’t win the title.

He became a free agent in 2004. After his knee surgery, he went to play for the New York Knicks. In early 2005, Karl Malone announced his retirement. He had played in over 1450 NBA games.

Karl Malone competed in the Olympics both in 1992 and 1996, the U.S. basketball team winning gold both times. He had been cut from the team back in 1984 as it was amateurs-only at the time, but he re-joined in 1992 as professionals were given the opportunity to play.

Karl Malone returned to his old school, Louisiana Tech University, in 2007 as the Director of Basketball Promotion, and Assistant Strength and Conditioning Coach. He also donated $350,000 to the university’s athletic department.

Karl Malone had two paternity lawsuits filed against him by two different women from his younger days. There were three children involved. Malone settled the suits out of court rather than declare his assets and earnings.

In 1988, Karl Malone married Kay Kinsey. She was the winner of Miss Idaho USA beauty pageant in 1990. The couple has four children, three daughters, and a son.