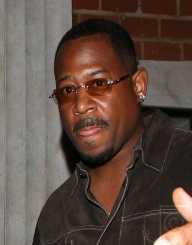 Martin Fitzgerald Lawrence was born on April 16th, in 1965. He is an American actor, writer, producer, voice actor and a stand-up comedian that was originally born in Germany. He earned high acclaim during the 90s particularly for his comedic roles he took in the films such as House Party, Bad Boys, Boomerang, Nothing to Lose, Life and several others. He also earned nationwide fame through the TV show dubbed Martin.

Martin Fitzgerald Lawrence was born on April 16th, 1965 in Frankfurt, Germany. He was the fourth born son of Chlora and John Lawrence. He was born in a family of six children. Both of his parents were serving in the U.S. military. His parents had specifically named him after Martin Luther King Jr., a civil rights leader. When Lawrence was eight years old, his parents went separate ways. He was left under the care of his mother. Chlora had to take different jobs to ensure that she could support the entire family.

Growing up, Lawrence grew up to become a skilled boxer during his teen years. While residing in Landover, Maryland, he enrolled with Thomas G. Pullen School of Creative and Performing Arts. He also went to Fairmont Heights High School, Eleanor Roosevelt High School and later schooled at Friendly High School. While taking his studies, he had considered being taking his boxing career seriously but he, unfortunately, injured his eye. This made him think twice about the career.

With time, Lawrence migrated to the New York City where he successfully joined a comedy club called The Improv. He appeared here on some shows before later landing a role in Star Search as a performer. This was a major competition that brought him to the spotlight. He performed exceptionally but did not win the title. Regardless of this, Columbia Pictures Television executives admired his acting talent and gave him the opportunity of acting in What's Happening Now!!. This marked the beginning of Lawrence’s professional acting career.

Soon, his first job show was canceled and Lawrence after that landed different acting roles in both film and on TV. It did not take time before landing himself in a role that would mark his career turning point. This was on the show called Do the Right Thing where he took the role of Cee.

Subsequently, Lawrence featured in some roles in notable films such as Talkin' Dirty After Dark, Boomerang and House Party TV series. It was around this time that Russell Simmons, an entertainment entrepreneur chose him to host the Def Comedy Jam. This was another major achievement in his career. Def Comedy Jam was a popular show that brought fame to celebrities such as Dave Chappelle, Chris Tucker, Mike Epps, Cedric the Entertainer and Bernie Mac.

Shortly after, Lawrence was featured in Martin. This was a comedy show that was also a commercial success hence taking him to the spotlight of the comedy industry. The show was aired on Fox TV for five years beginning in 1992 and ending in 1997.

Following the ending of Martin show in 1997, Lawrence took a special focus on films. He went along to work with other celebrated comedy actors such as Eddie Murphy, Tim Robbins, and Danny DeVito. Films that brought fame to his side include Nothing to Lose, Blue Streak, Big Momma's House and Life. Among those films that did not perform well, he featured in National Security and Black Knight.

Lawrence wedded Patricia Southall in 1995. She is the former Miss Virginia USA. They had one daughter called Jasmin Page before divorcing each other in 1997. Three years later, he wedded Shamicka Gibbs. They welcomed two daughters into their marriage. Just like the first marriage, this second marriage also ended in divorce. In 1999, Lawrence went into a coma that lasted for three days. This happened due to the extreme heat he faced while jogging.