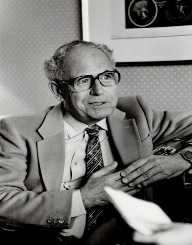 Arthur Frederick Hailey was born on 5th April 1920, to George and Elsie Hailey. He was born in Luton, Bedfordshire, in England. He was an only child, with his father being a factory worker.

He loved to read as a youngster and began writing himself at an early age. His mother encouraged him to learn typing and shorthand so that he could be an office worker rather than a factory worker.

In 1934, Arthur Hailey started his career as an office worker. He left in 1939 to join the Royal Air Force, where he served as a pilot during World War II.

In 1947, unhappy with the Labor government of the day, Hailey migrated to Canada. He worked in various industries over the next few years, including real estate, sales, and advertising.

Arthur Hailey had continued with his writing through the years, and he began his professional writing career in 1955 when the Canadian Broadcasting Corporation purchased a script from him called, Flight into Danger. It proved to be the hit of the season. It went on to be adapted into a movie in 1957 called, Zero Hour! Due to his initial success, Hailey became a much sought-after writer for television. He released his first novel in 1959, The Final Diagnosis. The story met with great success, and he followed this with his second novel in 1962, In High Places, which became a best seller in Canada.

In 1965, Hailey released Hotel, which spent 48 weeks on the New York Times bestseller list. It was the eighth best-selling book of the year, and Hailey modelled his future books on the same format.

Arthur Hailey moved to California, and in 1968, released his fourth book, Airport, which catapulted him to international fame. The book held the number one position on the New York Times best-seller list for 30 weeks. It was adapted as a movie and released in 1970 to resounding success, being the second highest grossing movie for the year.

Due to his overwhelming success, Hailey moved to the Bahamas on the advice of his tax attorney, to avoid being charged heavy taxes in the U.S. Hailey loved the Bahamas and lived there for the rest of his life.

Arthur Hailey released two more best-selling books, The Moneychangers in 1975, and Overload in 1979, before announcing his retirement.

He had quadruple heart bypass surgery, and afterwards wrote another novel which had significant success. He continued to write, but only as a hobby.

Between 1959 and 1997, Hailey wrote ten novels, most of which became highly successful movies or television series. His books have sold over 170 million copies in 38 languages.

Arthur Hailey's papers are kept between the Thomas Fisher Rare Book Library at the University of Toronto, and the Harry C. Moore Library at the College of The Bahamas.

In 1944, Arthur Hailey married Joan Fishwick. The couple had three children, but they divorced in 1950.

In 1951, he married Sheila Dunlop. He had another three children with Dunlop, and they were together for 53 years.